Look at that! The moderate Muslims and the Leftist are agreeing on something… 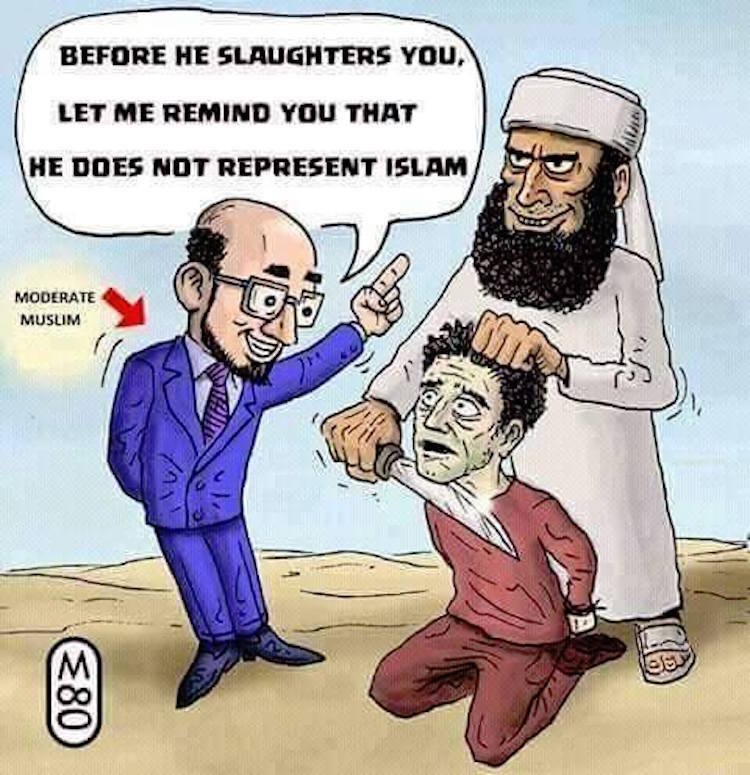 Just stand idly by while Westerners — and other Muslims — are slaughtered in the name of Allah.

Now, before the Hate Mail starts, we don’t mean to paint every single moderate Muslim with the same brush.

The problem is there isn’t much outcry when violence occurs in the name of Allah.

Not like when the Westboro Baptists start their crap. There’s a line-up of Christians denouncing them.

Stand by and watch was also the official policy of the Obama Administration as depicted on the unofficial poster here: 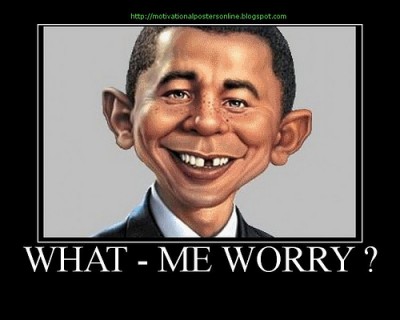 ClashDaily isn’t just concerned with the Regressive Left, — we’re also concerned that science is in the crosshairs of Islam.

Did you know, for example, that some Muslims are advocating for a ‘Flat Earth’ view of the world?

Because it conforms with the Koran.

A doctoral candidate at the University of Sfax in Tunisia is basically writing a thesis that science is wrong because it disagrees with the Koran.

The world is flat, the Big Bang never happened, light and sound travel at the same speed, and the stars exist to stone the devils.

This is the essence of a doctoral thesis by a PhD student at a university in Tunisia.

In order to comport with the Koran, the Muslim student has turned thousands of years of scientific fact on their head. From Pythagoras to Copernicus to Magellan, Newton and Einstein, they’re all wrong – because the Koran says so.

Some academics are outraged.

“How has such work been accepted in the doctoral school since 2011?” Professor Faouzia Charfi asked. “How can we accept that the University is not the space of knowledge, of scientific rigor, but that of the negation of science. Is that where science is refused because it does not conform with Islam?”

Another academic in Tunisia was even more outraged: “It’s unacceptable, it’s inadmissible,” Chokri Mamohhli said. “The ignominy is reflected on the entire research community, on the Tunisian University, on the credibility of our diplomas, on the recruitment opportunities of our young people in foreign laboratories and even on the country.”

And on Islam, Mr. Mamoghli. Don’t forget how this nonsense reflects on Islam.
Read more: The Federalist Papers Project

That about sums it up, doesn’t it?

The Left and Muslims.

Two peas in a regressive pod.