Just when you thought that Kathy Griffin had sunk to the lowest of the low.

So, remind me, who were the ‘Deplorables’ again?

Kathy Griffin’s little stunt where she takes her cue from ISIS and holds a replica of President Trump’s bloody, severed head, wasn’t just an act of ‘Resistance’ against the Commander In Chief.

Her video and the photographs were also a sly slam at the First Lady, Melania.

If you recall, Melania trolled the Second Presidential Debate (after the 2005 Access Hollywood video was released,) with a fuschia blouse that sported a ‘Pussy Bow’.

Griffin is wearing a ‘Pussy Bow’ in the video. 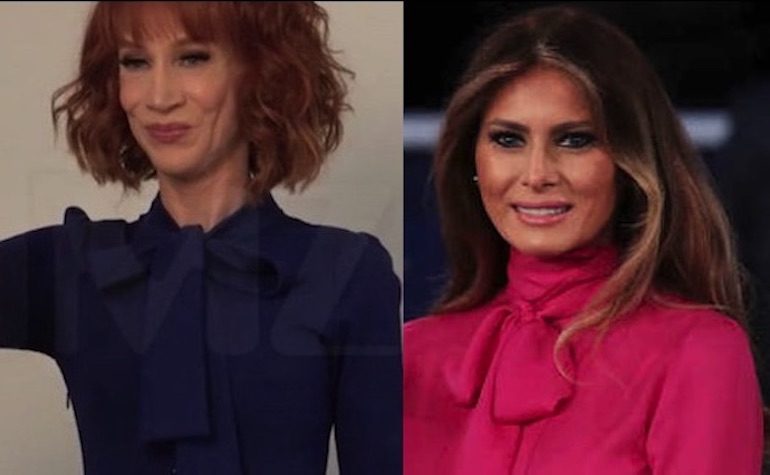 Kathy Griffin has targeted both the President and the First Lady.

According to the President, his son Barron is having difficulty with the images.

Kathy Griffin should be ashamed of herself. My children, especially my 11 year old son, Barron, are having a hard time with this. Sick!

Joking about beheading a President is the height of class, amirite?

Then there’s the whole thing about making ISIS propaganda mainstream.

Or is that ‘cultural appropriation‘?