Did you even know snakes could do that?

We have a montage of some pretty crazy snake clips.

You have snakes ready to strike.

Snakes who ate a meal bigger than they could manage.

Snakes lurking in places that will scare the HELL out of homeowners.

There’s even a ‘cute’ one that’s like a puppy chasing its tail. (And did you even realize they could burrow (and lurk) in sand like that?)

Even if some of you will react more like ‘Indy’… 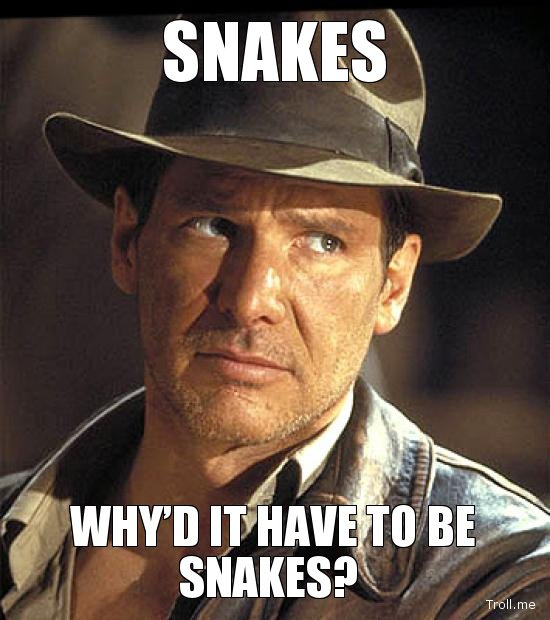 Oh. If this video had you breathing into a paper bag?

Grab a copy of this. It will help.