Because in today’s America… EVERYONE gets an award.

It used to be that such awards were a way that a community which had been enriched by the life of one of its citizens might pay respect for their worthy deeds.

For example, Rosa Parks was awarded an honorary degree by Bryant College. 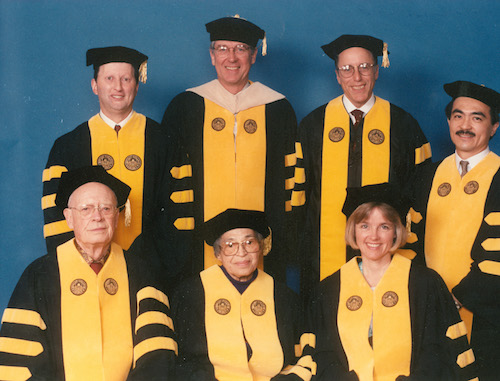 You’d have to look long and hard to see anyone who would have objected to that.

But because his name has been attached to a political movement (BLM) such awards are now just a method of ‘virtue signaling’. (It’s the Progressive equivalent of flashing gang signs. Hey, look! ‘I’m one of you!’)

Or, even more cynically, it might just be a way of leveraging his name for some cheap advertising.

Five years after his death sparked international dialog about racism, social justice and community policing, Trayvon Martin will be honored for the industrial ambitions he held as a teenager growing up in Sanford, FL. Florida Memorial University will posthumously award a bachelor’s of aeronautical science to Martin, to be received by his parents Sybrina Fulton and Tracy Martin during the school’s annual spring commencement ceremony on May 13.

Officials say the degree honors Martin’s life-long dream of becoming a pilot, and continues to highlight the family’s commitment to social justice. Martin’s parents, both social justice activists and co-founders of The Trayvon Martin Foundation, which is housed on the FMU campus. (Source)

Convenient, isn’t it, that this same campus happens to be the place where his parent located a charity that rides on his coat-tails.

That THIS punk with no regard for other people should be honored in any way at all?

Are they sure they got that quote right? Did he want to be a pilot? Or just high?

Did they not have an honorary civil engineering degree for him? His actual legacy DID have something to do with roadways, after all…

Di Maio also testified that Zimmerman’s head injuries could have been caused by coming into contact with concrete and that such injuries can be very dangerous. That testimony supported Zimmerman’s claim that Trayvon was slamming his head into a sidewalk. — USA Today

We have a university (and a political movement, too) riding on the coat-tails of one guy who made choices we would not want our OWN children to emulate. We are making a hero out of him.

The dangerous message such awards send to our kids is that THIS guy, and others like him, are worthy examples to be followed.

It goes without saying… they are not.