Check out what the Hildebeest is requesting for her casket.

There’s a lot of gallows humor around Clinton these days. Waiting for Cuomo at La Guardia, she was talking about what it’d been like looking back on all the editorial endorsements she got during the campaign, some from even conservative papers. “I want to be buried with my editorial endorsements,” she said with a laugh. “I want an open casket and they can all be piled on top of me. You won’t even be able to see my body.” Abedin and Merrill joined in. “I can’t seem to get a last look at Hillary, but here’s the Cleveland Plain Dealer!” shouted Merrill, imagining the funeral.
Read more: New York Magazine

Well, as long as they start with her face, I’m actually pretty cool with that.

We can do better than that…

We could even cover her in this one. There should be lots, seeing at they never hit the newsstands. 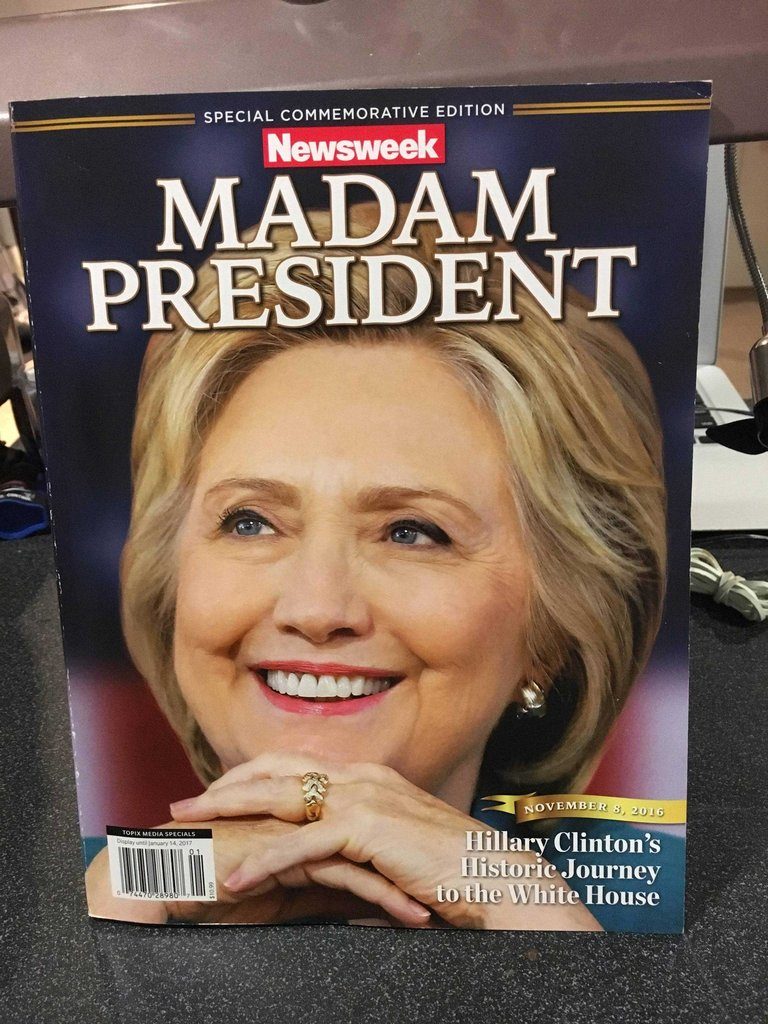 But seriously, how much of a narcissist do you have to be to ask that you be covered — in death — by the praise of those who were foolish enough to back a losing candidate?

Should their judgment even be trusted in the first place? After all, they backed HILLARY!

How empty is her life of any other accomplishment that this failed attempt be her life’s culmination? Can you imagine, say Dukakis or Dole saying anything so ridiculous?

Did she accomplish so little as a Senator, as a Secretary of State…

…as a wife and mother?

Must her life consist of the might-have-been?

Is THIS an example of a ‘strong, independent woman?’ Or is she more like a whiny, entitled brat?