What in the…? The Leftists have OFFICIALLY completely lost it.

So, what’s the latest in the leftist defense of Islamic Terror?

Must be the man-hating harpies over at the failing ‘Everyday Feminism‘, right?

It’s the shrieking man-hating harpy over at the UK Independent. 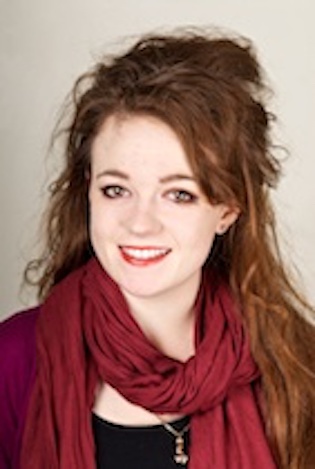 In her article titled, ‘It’s not Muslims or people with mental health problems who are most likely to kill you in a terrorist attack – it’s men‘, columnist Janey Stephenson (pictured left) makes the ridiculous claim.

You could have followed Janey at her ‘please-take-me-seriously’ Twitter handle @vegetarianjelly account, but for some reason, it’s suddenly been deleted.

As each massacre is reported, ministers and media leap to unpick each individual attacker’s motivations. Immediately, the snap judgments come out: if they were brown, they were a terrorist. If not, they were mentally ill.

Further probing exposes then their beliefs and contradictions: the Orlando murderer Omar Mateen worked as an armed guard for security firm G4S for nine years; the Sagamihara murderer worked at the care home he targeted but apparently believed disabled people should be euthanised.

As the attacks mount up, the individual profiling descends into morbid freefall and we overlook the most basic commonality: these crimes were all committed by men. In fact, almost all mass murders are committed by men. This is no coincidence.

She can’t really be going there, can she?

I will not name these vile, violent men – not just because this would give them the recognition they wanted, but because it’s unhelpful. Instead, we need to name the real culprit: toxic masculinity.

Toxic masculinity is what entitles a man to take a weapon and take other people’s lives in the name of his values.

Is Stephenson implying that Islam is a contributor to ‘toxic’ masculinity?

Maybe feminists have finally found a reason to condemn Islam — since these reasons weren’t good enough:

– atrocious women’s rights record — women’s testimony in court counts as half of a man’s; forbidding women to go to school, drive, have a job, hold a bank account, make their own medical decisions, etc.

– punishes women for being victims of rape

What is ‘toxic’ masculinity, exactly?

The easiest way to think of it is to imagine the military. After all, soldiers are paid mass murderers. Different wars, same tactics.

Are you kidding me?

No, our soldiers do not strap a bomb with nails to themselves to kill innocent bunny-ear wearing tweens as they leave an Ariana Grande concert.

Not the same, moron.

If we want this violence to stop, we need to address the root cause and its everyday manifestations before they escalate. These men were not extremists existing outside of society; they are products of it. They were men drunk on the entitlement that patriarchal cultures serve them.

They did not impulsively decide to go out and murder large numbers of people; they were fired by a deep, burning desire for control.

And Stephenson is fueled by her deep, burning hatred for men.

So deep and complete is this hatred, that it won’t even acknowledge the actual root cause of terrorism — Radical Islamic Terror.

But, no Stephenson has a different idea…

How many of you saw that coming?

It’s the way that Islamists interpret verses in the Koran to make terrorist acts not only acceptable, but an imperative for devout Muslims.

Oh, and riddle me this, Janey — how does Tashfeen Malik, the woman in the San Bernardino terror attack fit in with your little hypothesis? How ‘toxic’ was her masculinity?

Or is it that you’re just a cis-gendered feminist assuming the gender identity of the terrotists?

Janey needs to read up on Islamic ideology might I suggest that she check out Robert Spencer’s website, Jihad Watch.

You know what else Janey needs?