Clue? Like the lame video he made in 2012 with some buddies? A video in which they reenacted the murders of whites in a Haitian uprising? Some of the reenactment just HAPPENED tp involve knives and throats.

…During the Haitian revolution, white women and children were specifically targeted for death.

Though Austin police have not commented about White’s motivations, early campus rumors are that White targeted members of fraternities who were wearing their Greek letters. — GotNews

This guy took an oversized knife (larger than what can be lawfully carried) to a campus.

And he started attacking people.

Here’s a still from the video. It’s where the ‘master’ asked the ‘slave’ for some water.

The slave stabbed him in the throat. 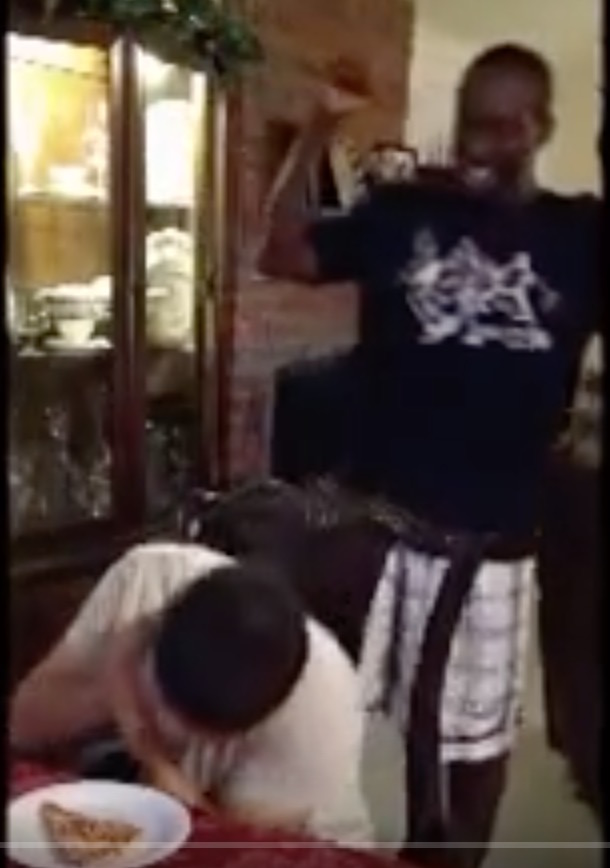 You KNOW they wouldn’t waste a second linking this to White supremacy if there was even a WHISPER of a possibility.

Why the hesitation when it goes the other way?

Taking On School Board Tyrants – This Is How You Do It!
July 26th, 2021 Sons of Liberty Media