He didn’t think about the cameras first, he just did it.

It’s nice to have a good news story to report for a change.

Someone snapped a pic of this young guy in the mall, helping an old guy who was having some trouble. 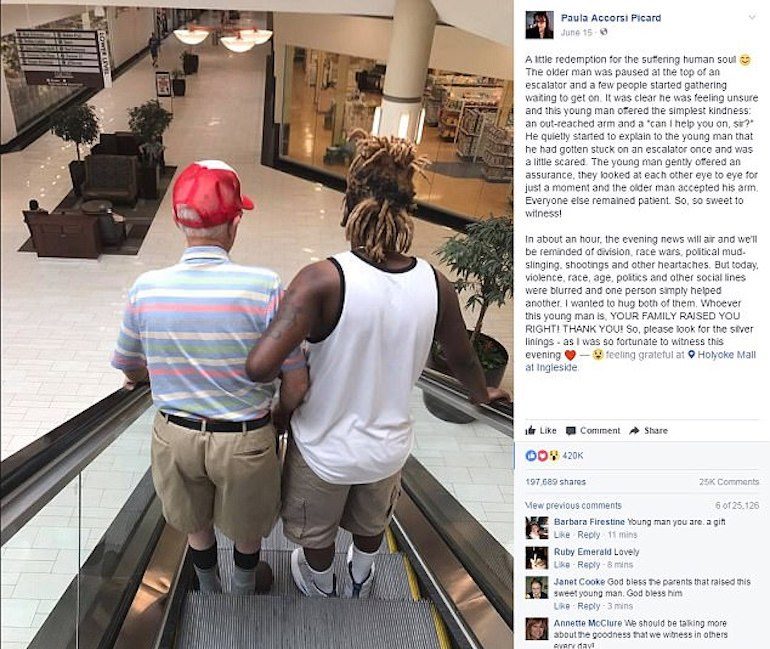 Alonzo Johnson stopped and decided to help a frightened elderly man down an escalator in a Massachusetts shopping mall last week.

But the 23-year-old could never have predicted that his simple, random act of kindness would win him the praise of thousands of people online.

Johnson said he didn’t know anyone was watching him when he asked the 83-year-old man if he needed any help at the Holyoke Mall at Ingleside last Thursday.

We could use 10,000 more like him. It would go a long way to putting aside those petty differences Obama helped magnify over the last 8 years.