The news that Comey orchestrated the leak of his own memo could be trouble for the ex-FBI Director.

Now that he’s testified to Congress that he shared the memo (an FBI ‘work product’) with a friend of his that doesn’t have clearance to view such things, he could be in biiiig trouble.

He may have ‘Pulled a Hillary’ by sharing the memo without the President waiving Executive Privilege. 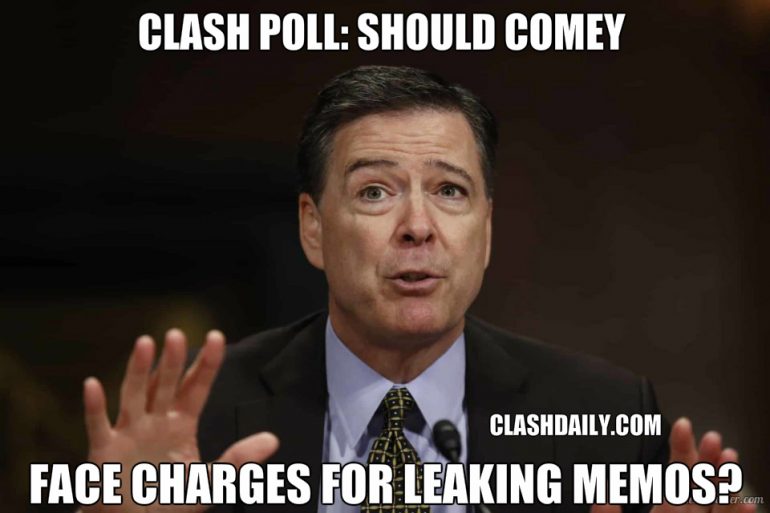 Fox News then reported that Trump’s legal team was preparing complaints against Comey that it will file with the Department of Justice’s Inspector General and the Senate Judiciary Committee.

The president’s outside counsel singled out a disclosure Thursday from Comey’s testimony that he gave memos on his encounters with Trump to a friend for the purpose of leaking them.

Trump had one tweet about the entire Comey testimony.

But then, let his lawyer do the talking.

Despite so many false statements and lies, total and complete vindication…and WOW, Comey is a leaker!

His message Friday was that he was coming after Comey for something he can prove – the former law enforcement official revealed information from their private conversations before Trump decided to waive executive privilege.

Comey testified Thursday that gave memos he authored on the discussions to a friend to disseminate after Trump claimed in a tweet that he had tapes of their conversations.

Republicans on the Intelligence Committee argued Thursday that it may not have been within Comey’s authority to share his FBI work product. He said the documents were his personal property and he leaked them as a defense mechanism.
Read more: Daily Mail

The one thing that this entire testimony showed — Comey is a bit of a drama queen and President Trump was right to fire him.