Aw, poor baby. Her feelings are more important than his property rights. Or his injuries.

What do you suppose she didn’t like about his truck?

It was the flag on his truck.

No, this wasn’t like the time that a MAGA flag got a truck shot at.

She was forced to look at *gasp* a Confederate Flag.

Can you guess how violated she must have felt?

It wasn’t an actual flag, though. It was his ‘Confederate Tag.’ You’ve probably seen them before. Lots of people have them. 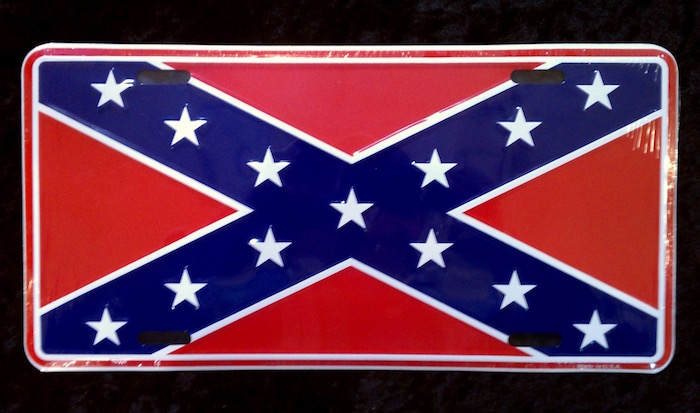 She saw it. She tore it off his truck.

But that wasn’t enough. While he was trying to take down her license plate number, she backed into him. Did she stop and see if he was ok? You know the answer to that, don’t you?

The incident happened around 11 am at the intersection of Murray Blvd and E Battery, where police say a woman stopped her car in the roadway and tore a Confederate tag from the front of a pick up.

The owner of the pick up was attempting to get the woman’s tag when she backed into him, causing a minor injury to his knee. According to police, the victim says the injury was unintentional. He was treated and released by EMS.

Officers have charged 43-year-old Ann Lee Walters of Charleston with vandalism and leaving the scene of an accident with injuries. –Read More

With her plate information, cops were able to find her at home.

Please, tell us MORE about the ‘compassionate Left’.