The verdict for the police officer that shot Philando Castile was not guilty, and Colin Kaepernick used Twitter to express his disgust with ALL cops.

Kaepernick has shown his disdain for the police before.

There is his ongoing national anthem protest, and he wore these socks depicting pigs in police hats during practice last season. 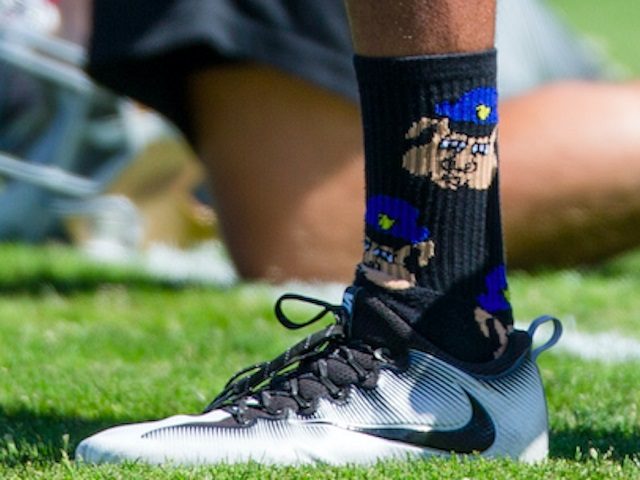 NFL free agent Colin Kaepernick has compared police officers to fugitive slave patrolmen after a Minnesota cop was acquitted of manslaughter in the fatal shooting of a black motorist.

Kaepernick, who famously protested police brutality by refusing to stand during the national anthem last season, tweeted an image over the weekend of a police badge beside a fugitive slave patrol.

The image read: ‘You can’t ignore your history. Always remember who they are.’

He was responding to the news on Friday that Officer Jeronimo Yanez was not guilty of murdering 32-year-old Philando Castile at traffic stop in a St Paul suburb last year.
Source: Daily Mail 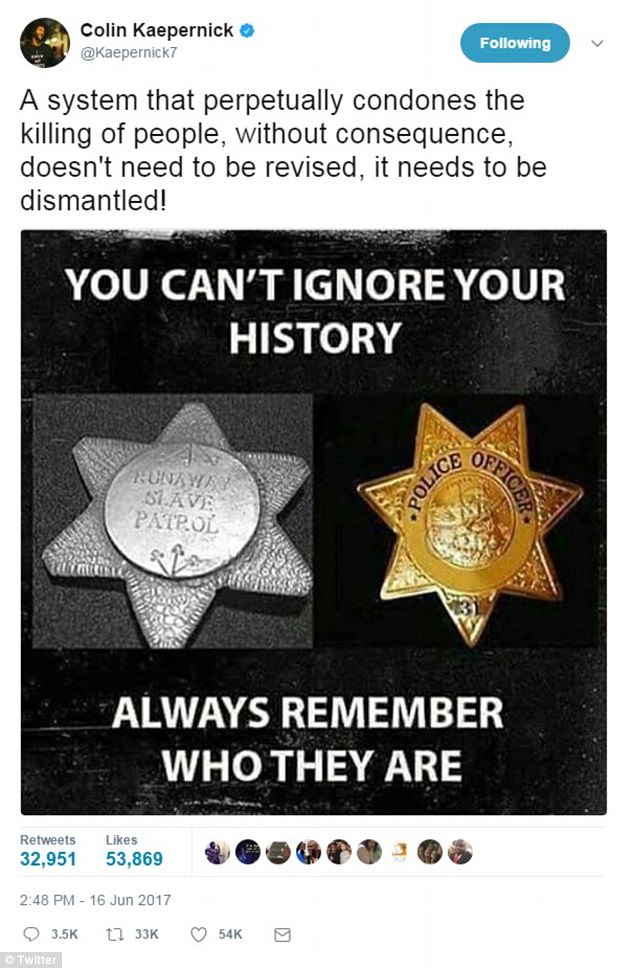 Colin Kaepernick has bought into the ‘systemic racism of the police’ crap from the Left.

Everyone is up in arms that the police officer was found innocent of the crime.

Kaepernick and others are demanding ‘justice’, and ‘justice’ to them means that every cop is guilty.

Kaepernick is just like this group that protested the verdict.

No, of course not.

And neither is Kaepernick.

Because if you really were as stupid as we think, you probably wouldn’t be able to speak at all.