A freedom of information request turned up THIS little gem. Let’s see how the media will bury it.

Imagine the ‘hell to pay’ if a Conservative made the same demand? 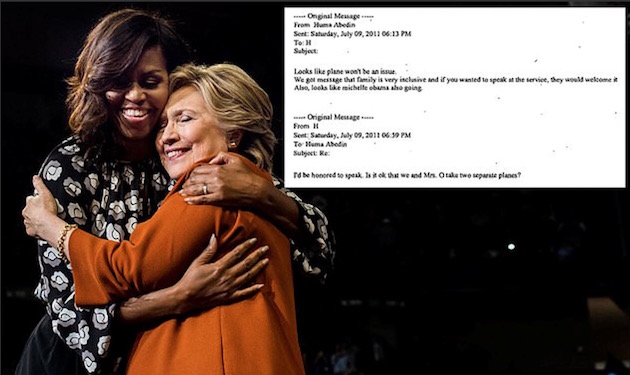 So, what motivates this email conversation?

Michelle Obama may have been Hillary Clinton’s biggest cheerleader during the 2016 presidential election, but it looks like Hillary wasn’t the biggest fan of her fellow first lady.
According to an email exchanged obtained through a Freedom of Information Act Request by the conservative watchdog group Judicial Watch, then-Secretary of State Clinton didn’t want to share a plane with Obama when the two attended Betty Ford’s funeral in 2011.
The exchange starts with an email from Clinton’s top aide Huma Abedin, who informs her that the Ford family would be open to having Clinton speak at the funeral and that Obama planned to attend the service as well. — Read More 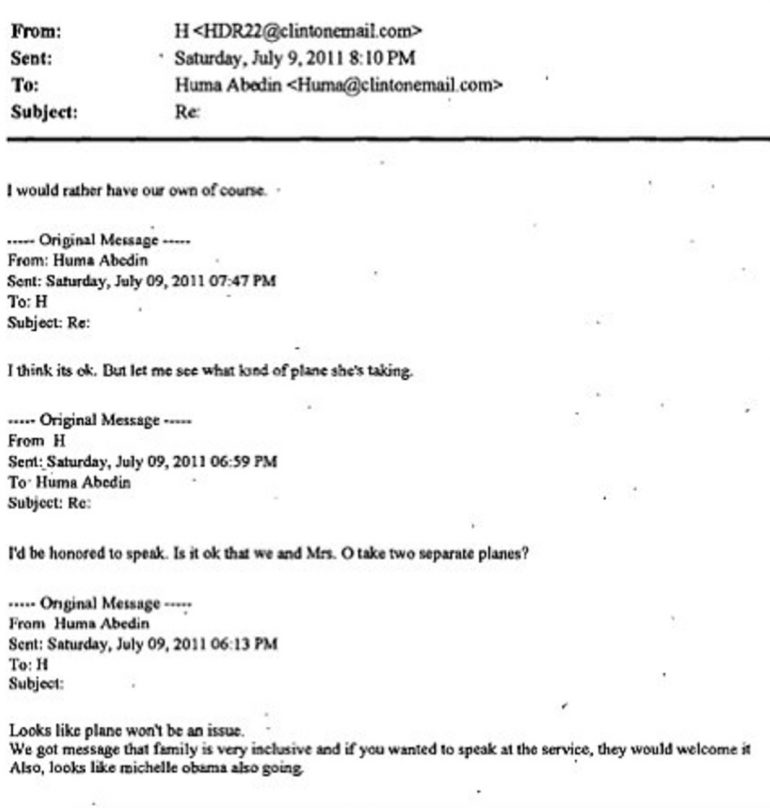 Is she racist? Still bitter? Too good for her?

Is there another reason we didn’t mention? What’s YOUR take?