And just like the old Adam West shows: the madcap villain sets up a complex plot to ruin Batman and Robin but by the episode’s end, Batman wins, and the bad guys are carted off to Arkham Asylum or prison. 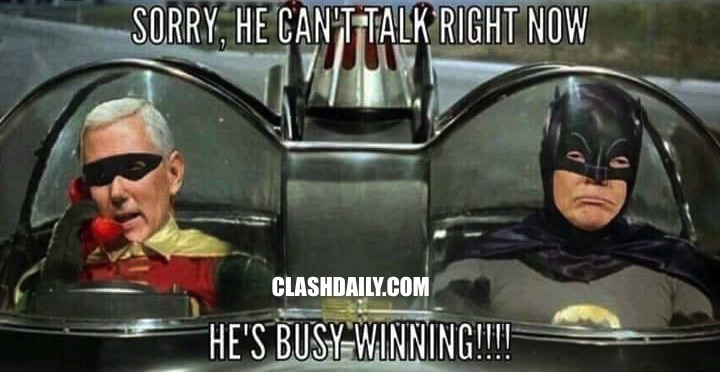 Even Chris ‘Thrill up my leg’ Matthews, whose even-handed reporting on Trump once used the word ‘Hitlerian’ admits the jig is up.

“The assumption of the critics of the president, of his pursuers, you might say, is that somewhere along the line in the last year is the president had something to do with colluding with the Russians … to affect the election in some way,” Matthews said on MSNBC, following the testimony.

“And yet what came apart this morning was that theory,” Matthews said, listing two reasons why. First, he said Comey revealed that “Flynn wasn’t central to the Russian investigation,” and secondly, he said that kills the idea that Flynn might have been in a position to testify against Trump.

“And if that’s not the case, where’s the there-there?” Matthews said. –Read More

The Left’s plot to impeach him just blew up in their faces. The Media’s endless haranguing of EVERYTHING Trump does looks like the whining of a bitter ex-girlfriend who wasn’t asked to the prom.

We feel REALLY badly for them.

Don’t let our laughter fool you.