Q: Who would have guessed that the shooter was a Bernie supporter and despised Trump? A: Anyone reading his Facebook posts.

James T. Hodgkinson, 66, of Belleville, Illinois, has been identified as the gunman.

The President, in his statement to the Media this morning, has confirmed that the shooter has died as a result of his injuries.

It was known that Hodgkinson was being treated in hospital, but his status was unknown until the President made his statement. 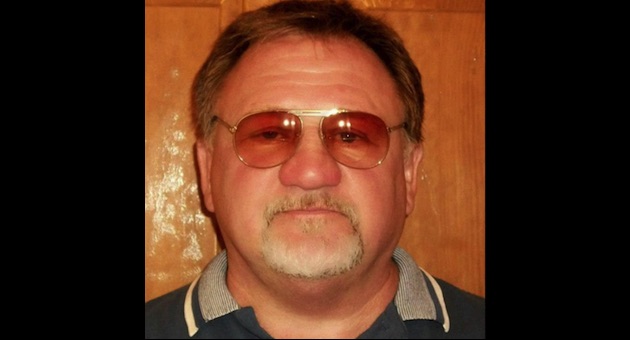 The shooter at the GOP congressional baseball practice this morning is James T. Hodgkinson of Belleville, Ill., according to law enforcement officials. Hodgkinson, 66, owns a home inspection business. His home inspection license expired in November 2016 and was not renewed, state records show. Hodgkinson was charged in April 2006 with battery and aiding damage to a motor vehicle, according to online records in St. Clair County, Illinois. The charges were dismissed, records show.
Source: The Washington Post

The shooter seems to have two Facebook pages. They both have the usual Leftist stuff.

The first has a cover photo set with an image of Bernie Sanders. 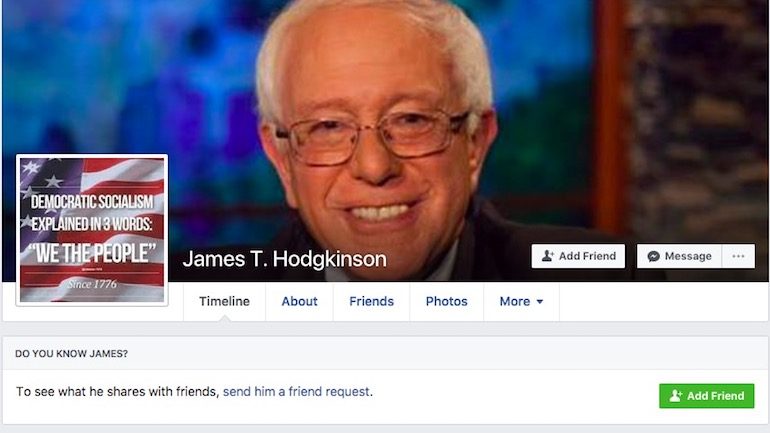 The second had no cover photo, but the profile picture is of Bernie Sanders depicted as Uncle Sam: 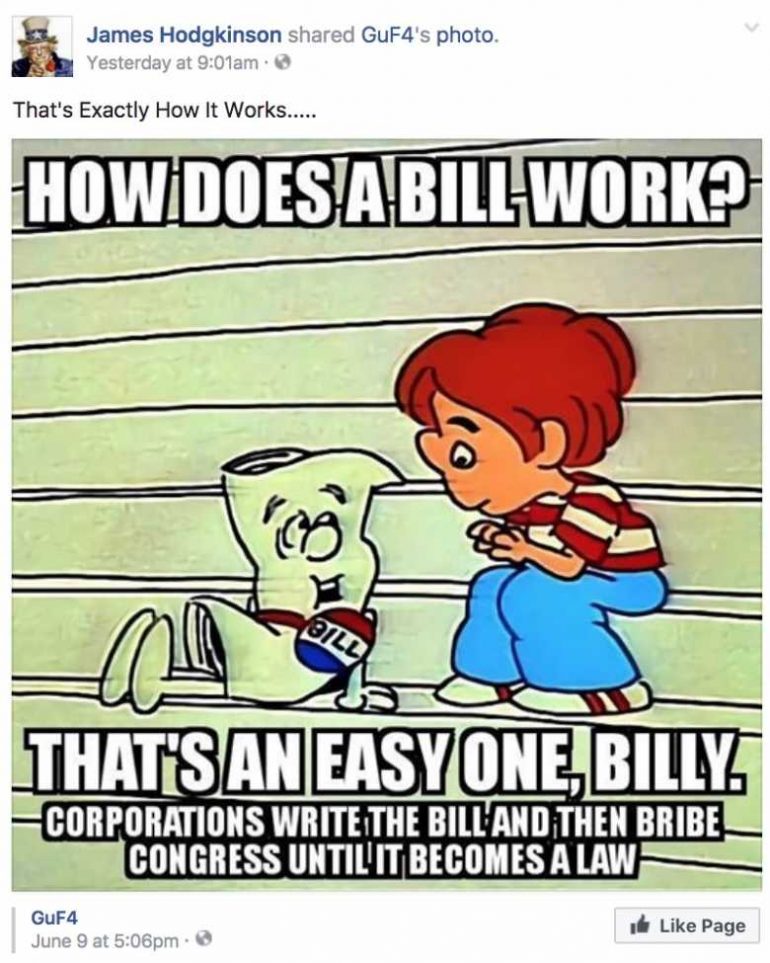 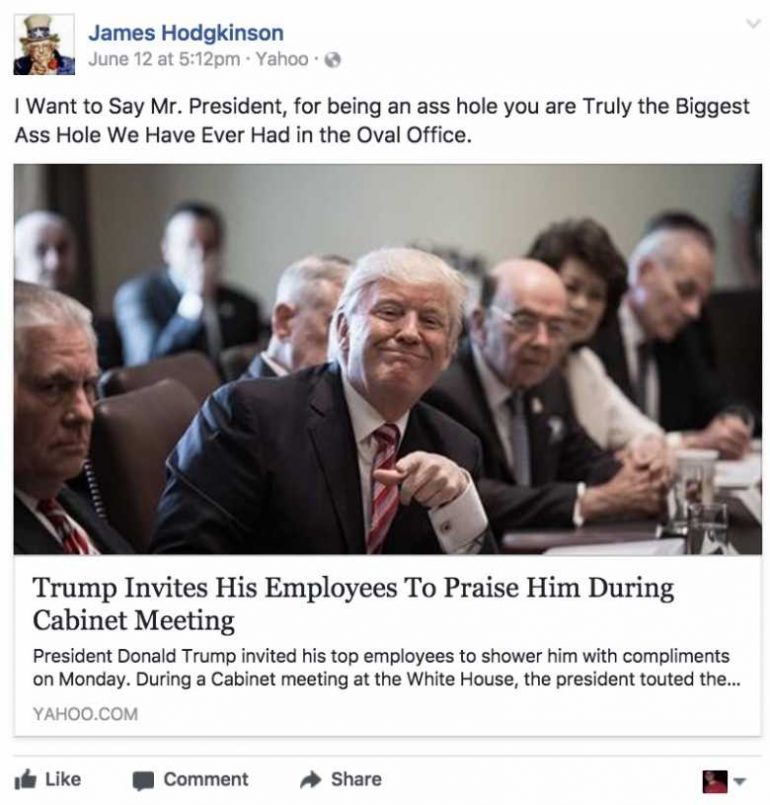 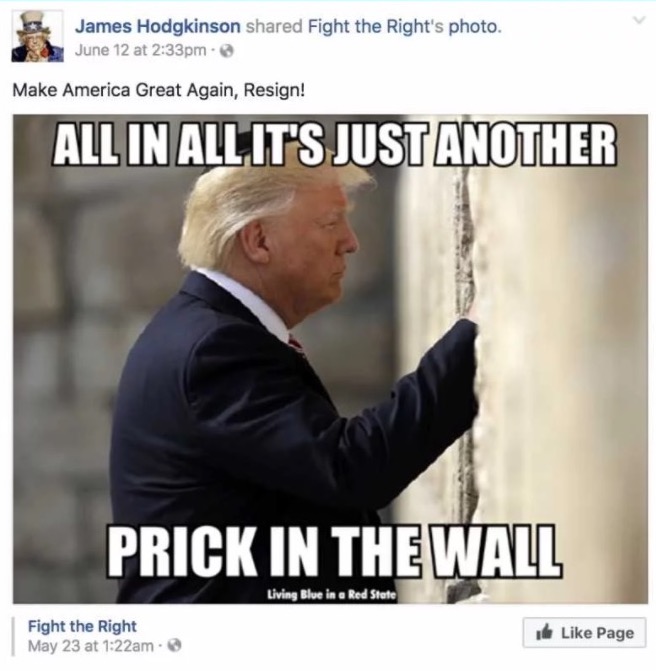 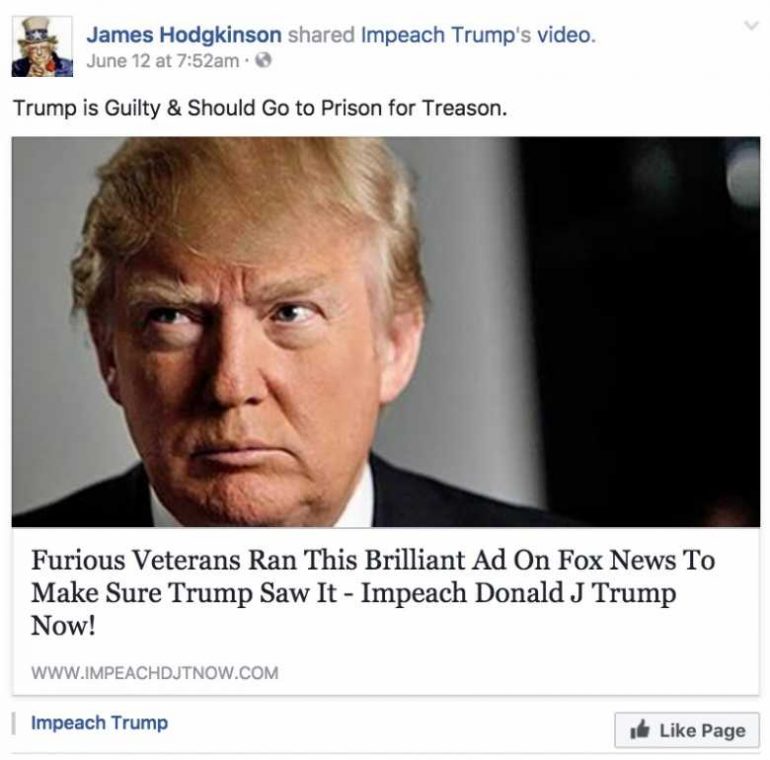 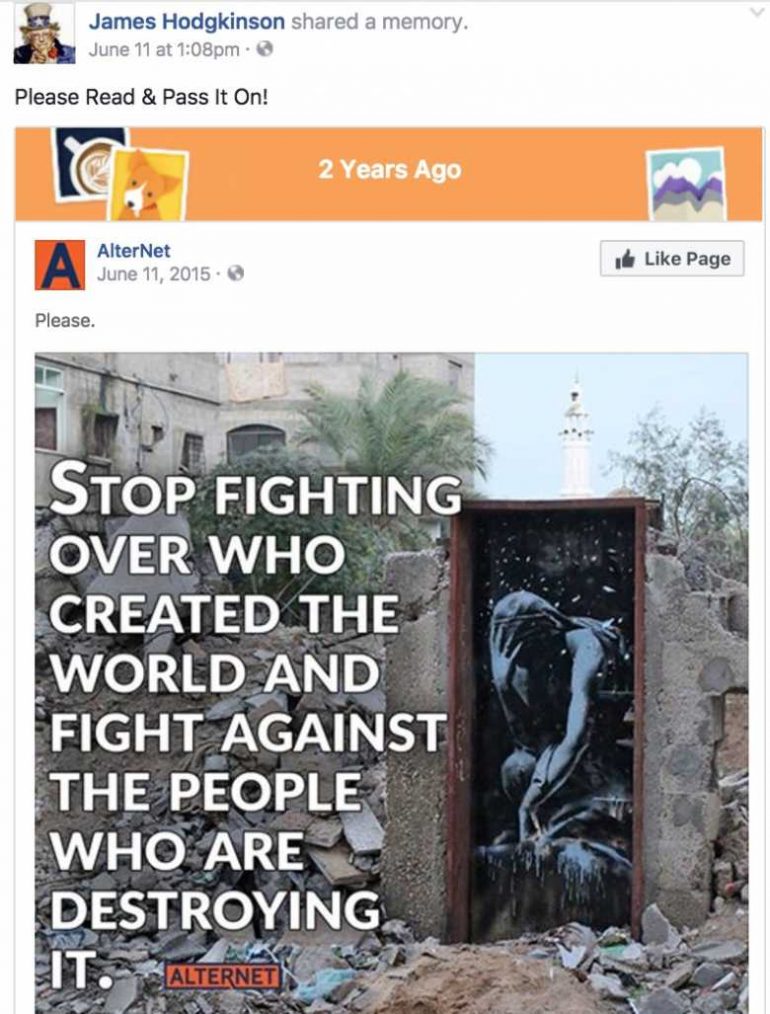 Just look at all of this: 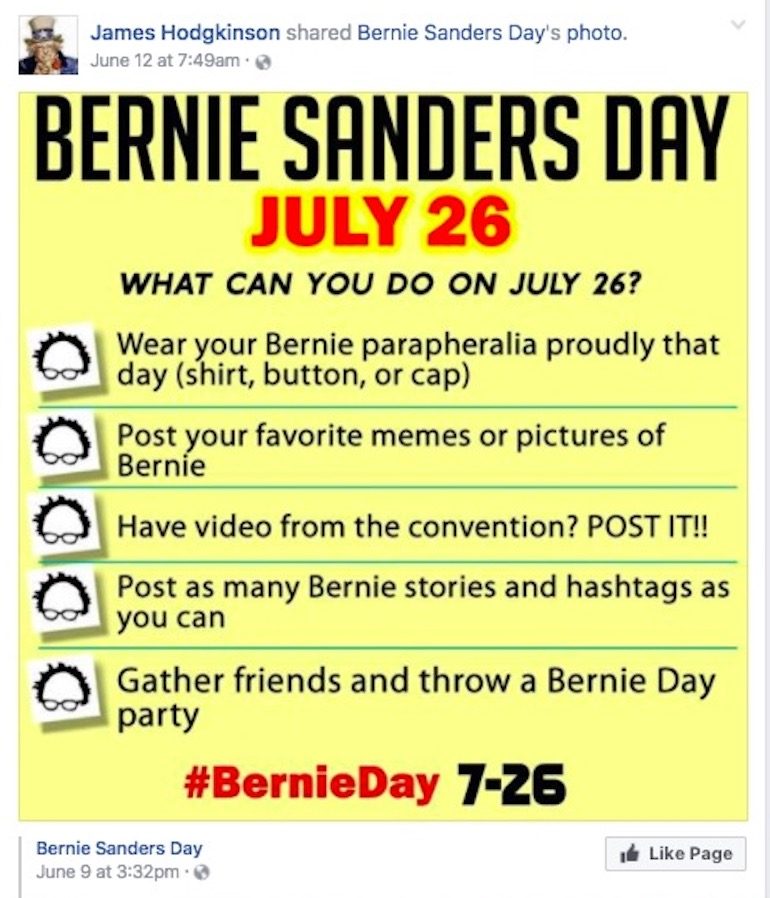 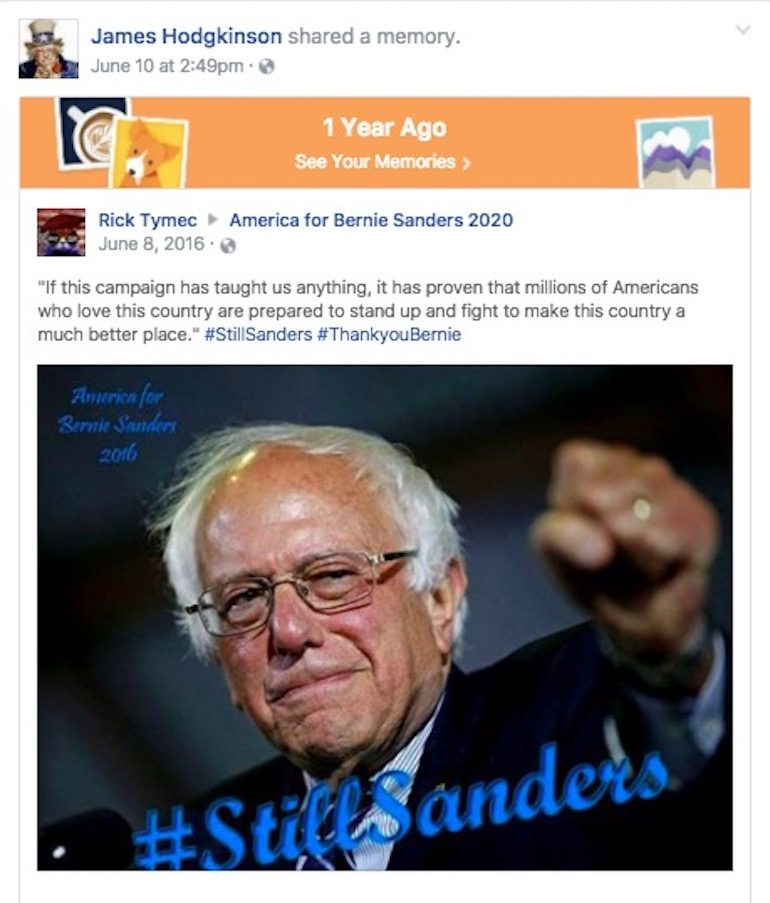 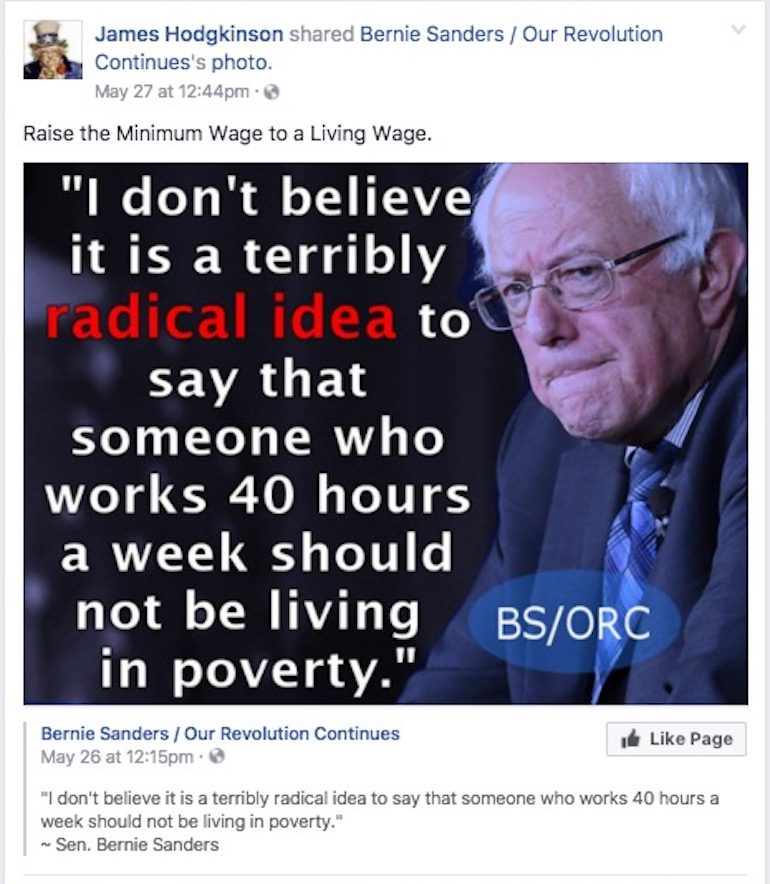 And this rather innocuous link that he had to make political: 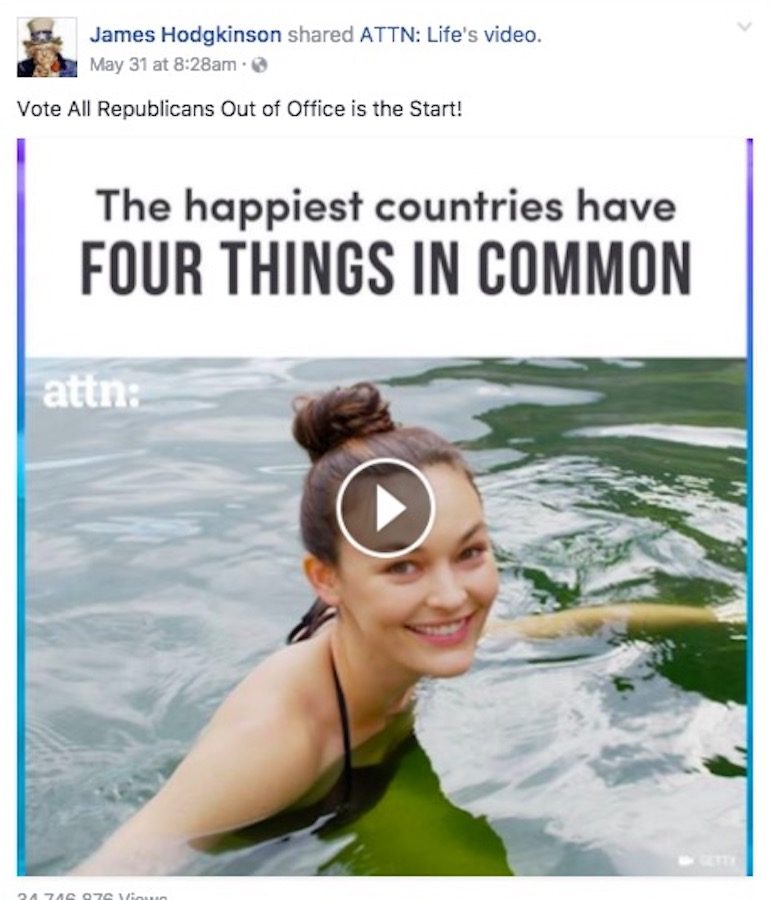 After this morning’s shooting, some folks are commenting on his posts: 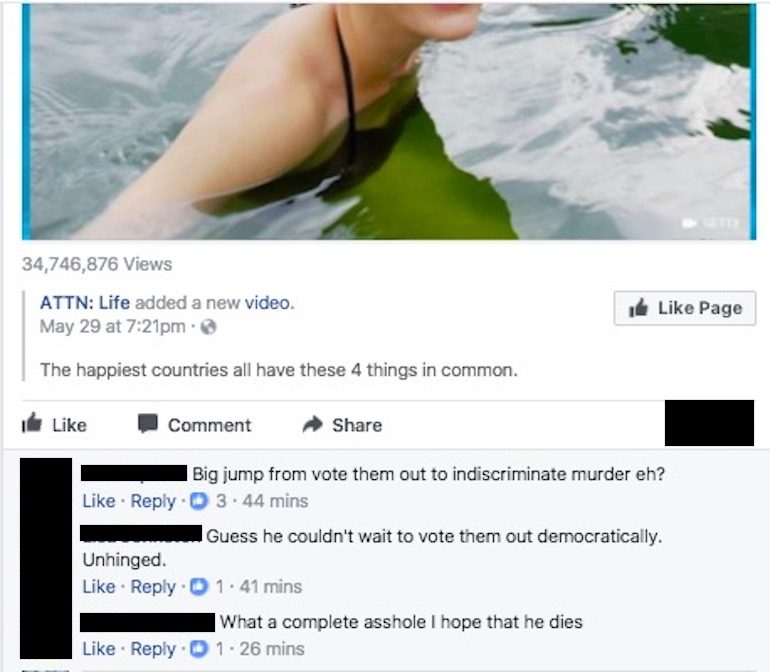 The Left has said that every shooting is the fault of Republicans, and some really sick folks have even dared to say that it was ‘karma’.

Read these other related ClashDaily articles:

BREAKING: House Majority Whip SHOT Along With 4 Others In ‘Targeted Attack’ Against Republicans

DEAR CNN: Gunman Wanted To, ‘KILL As Many REPUBLICANS As Possible’ – Is THAT ‘News?’

Now that it’s out that this lunatic was a Bernie supporter that hated President Trump, how do you think the Media (D) will report this?

It’s going to be all about the guns, amirite?

But, of course, they won’t mention that the armed security detail saved the lives of all those members of Congress.