First, he asked college-aged liberals about their ideas. Then he asked black people to weigh in on those same ideas. It went badly for the liberals.

All those ‘privileged’ white liberals ‘defending the rights’ of ‘poor disenfranchised black voter’ who ‘can’t get ID’ have egg on their faces.

When you see the mocking reactions their pearl-clutching gets from actual black people, it will make you wonder:

If this is what they think of everyone, do these liberals actually know any real-life black people?

Is Nelson Mandela, who wore this shirt going to be called a ‘racist’, too? 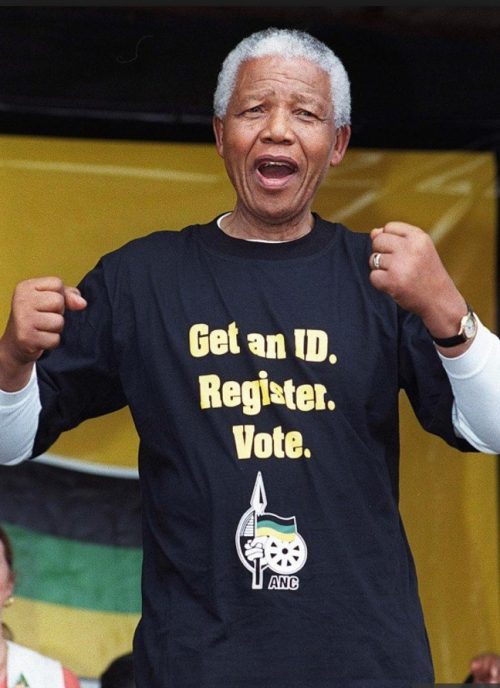 Maybe they could stop repeating Democrat talking points and actually learn about the issues. Wouldn’t that be nice?