Ladies, is there REALLY any contest here?

‘The Biebs’ is trying to get his messed up life back together and has canceled the remainder of his ‘Purpose’ tour to ‘reconnect with his faith’ and perhaps find some purpose.

We honestly wish him well with that because it’s been a train wreck so far.

Scott Eastwood on the other hand just has it all together — and seems to have for a long time. 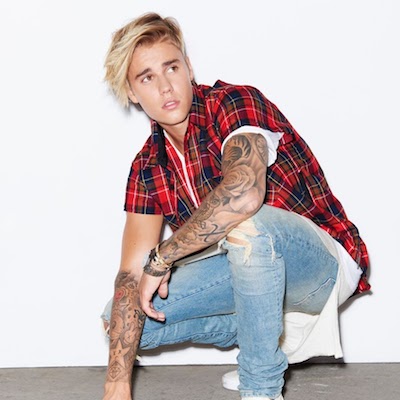 Even when Bieber is trying to get it right, he gets it wrong:

Pop star Justin Bieber has accidentally hit a photographer with his pickup truck after leaving a service with the Hillsong Church group in Los Angeles, police say.

Pictures show the 57-year-old photographer lying on the ground and clutching his leg while the singer talked with police and bystanders.

The incident occurred after the singer was leaving the church service…

Well, kudos to Justin for checking on the guy he hit. 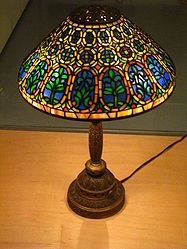 Neither are the tattoos. It’s good that Justin finally has some arms to go into those sleeves that he’s got, but seriously, bro, just stop it. Enough, man.

There’s just way too much going on there.  And let’s face it that rose isn’t exactly the most masculine of things to have permanently etched onto your arm.

Speaking of things that look feminine…

We also feel the need to mention that Justin Bieber’s mugshot from a few years ago was compared to a photo of Miley Cyrus. And it’s pretty creepy. 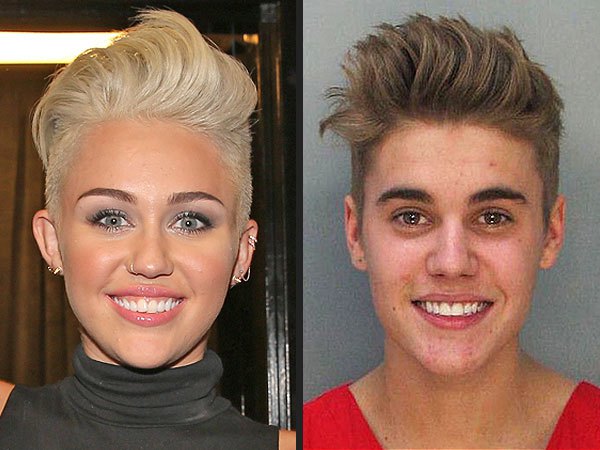 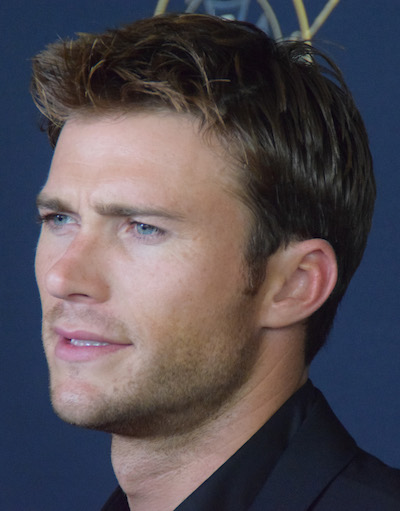 Scott Eastwood, 31, says Clint, 86, made him pay his way through college and audition for minor roles in his films.

Until five years ago, Scott was juggling work as a bartender in San Diego with rushing to acting try-outs in Los Angeles.

“It was probably the best thing dad could have done for me,” he told the Sunday People .

“He could have made it easy but I wouldn’t have learnt anything from that.”

“He made me pay my way through college. That was hard. But he knew the best lesson in life that he could teach me was that I had to learn to take care of myself and not expect any favours.”

Eastwood also said he loves the outdoor life like his dad does, and spent a lot of time riding horses. He even thought of himself as a bit of a cowboy when he was younger.

Are you really surprised?

Clint had said that we are raising a generation of p*$$ies. We know he won’t raise one. 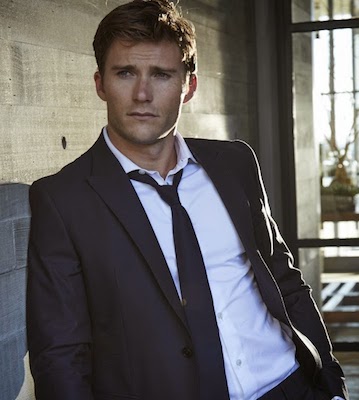 “Dad has also ­always stayed very fit and encouraged me to take up running, go to the gym and do weights.

“I do Muay Thai and Jiu-Jitsu. Dad’s philosophy is ‘healthy body, healthy mind’ and it’s important to stay active physically. I believe in that.”…

…“I feel as if I absorbed from my father a love for ­traditional values,” he says. “I like being old school. I hate it when people stare at their phones during dinner and I will ­always call people rather than send text messages.

“And Mom taught me to be a gentleman. She showed how it was important to respect women and not be afraid to show your sensitive side.”
Source: The Mirror UK

Scott Eastwood would actually pay attention to you during dinner and be a gentleman.

This guy sounds like he’s from a different era.
Weird, it seems like ClashDaily covered some of this ground today already.

He learned to work hard for his success and not expect handouts. He appreciates what he has.

Not the kind of guy that would surround himself with Yes Men, party too hard, and hang with strippers in his teens.

These are two totally different guys.

So, Ladies, which one would it be? 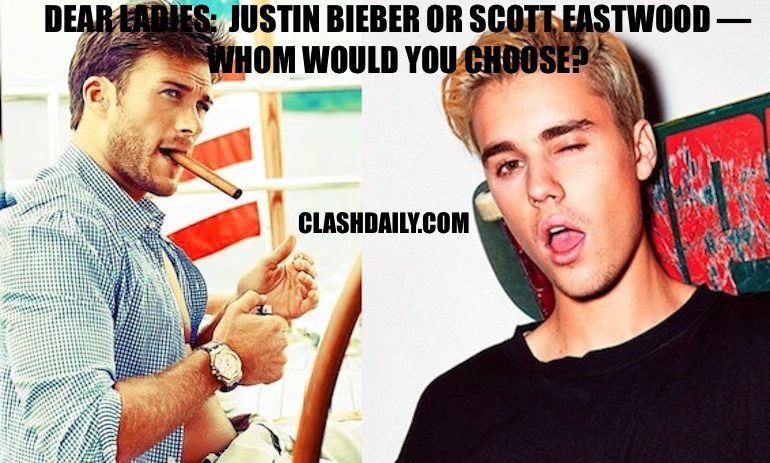 Dear Ladies: Justin Bieber Or Scott Eastwood - Whom Would You Choose?

I think the choice is clear.

If it isn’t then you need this book just as much as the guys do.