The good news is that Iraq no longer suffers under the grip of ISIS.

But they left behind one hell of a mess.

Iraqi Army soldiers are combing through the rubble in Western Mosul‘s Old City in a bid to find survivors left behind by the Islamic State‘s evil reign of terror.
During their search, the rescuers found two children crawling amid the rubble – with one of them eating scraps of raw meat in a bid to stay alive.
Another of the toddlers, a young girl named Amina, was found by soldiers when they heard her cries coming from beneath wreckage.
She told the men that her parents were both ‘martyrs’ and were likely killed in a suicide bomb attack.
— Daily Mail

Look at some of these heartbreaking images.

This small boy was found amidst the rubble: 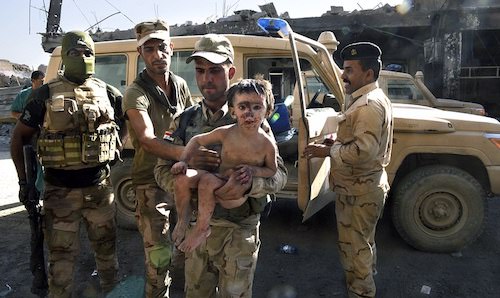 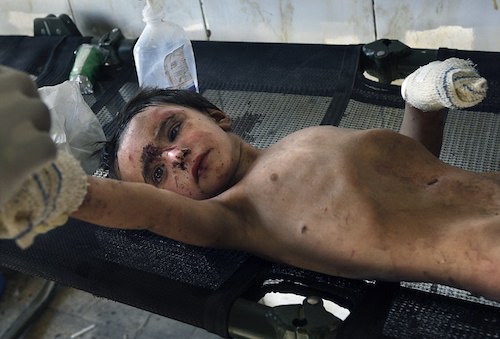 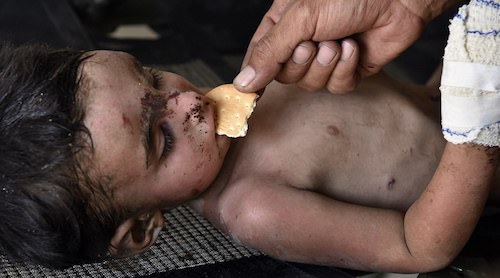 So was this little girl who says her name is Amina. She told rescuers that both of her parents were ‘martyrs’. It is beleived that they died in a suicide bomb attack.

Both children seemed to be foreign because medics couldn’t understand the boy’s language. 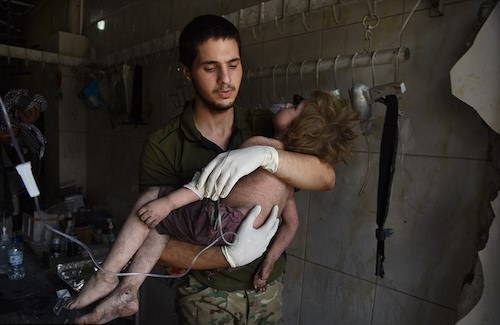 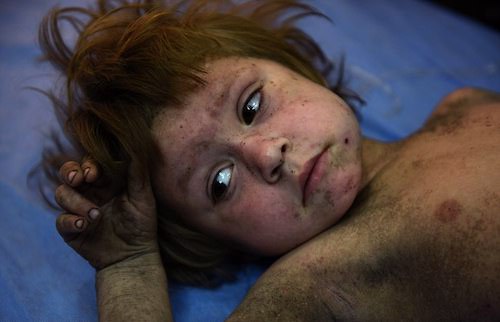 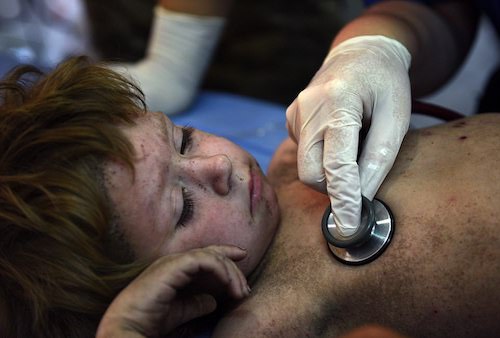 There wasn’t even enough of a scrap of humanity to care for their own children.

How dark does your soul have to be to leave your own children — toddlers! — behind to starve in the rubble?

How driven by hate do you have to be to forsake your own children?

It brings back that quote has been attributed to Golda Meir:

“Peace will come when the Arabs will love their children more than they hate us.”

Whether she actually said those words or whether someone else supplied them, the point remains the same: an ideology of hate brings nothing but strife, death and destruction.

It’s why our ClashDaily original piece about the ethical dilemma faced by Iraqi Soldiers encountering individual ISIS fighters got such a huge response.

Iraqis Are Killing ISIS Soldiers In cold Blood … Do You Care?

These starving, abandoned orphans are another window into exactly what sort of people the Iraqis are dealing with.

They have turned their backs on even the most basic expressions of humanity.