THIS is what the ‘leadership pool’ of the Democrats look like? For real?

It looks like ‘knowledge of civics’ is not a requirement of Leadership hopefuls in the DNC.

Because just last year, Barbara Lee threw her hat in the ring for Dem House leadership.

When President Trump announced that 4-Star General John Kelly would be replacing Reince Priebus as White House Chief of Staff, she had a Twitter conniption.

By putting Gen John Kelly in charge, Pres Trump is militarizing the White House & putting our executive branch in the hands of an extremist. 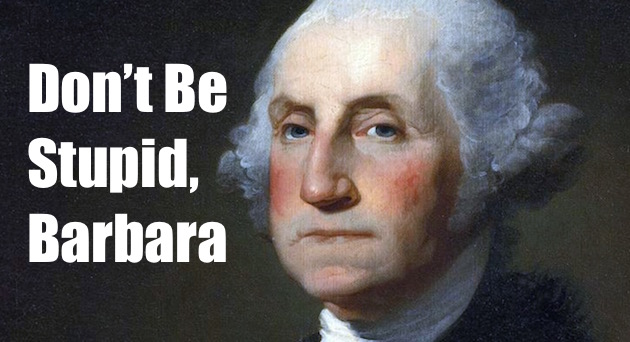 Because a White House Chief of Staff was a General.

What do the following Presidents have in common? (Source)

They were generals and Presidents.

How dare they ‘Militarize’ the White House like that.

What about others that served but WERE NOT Generals?

Ever hear of some guy named JFK for example? Democrats denounce that guy all the time, right? You never hear them mention that story about PT 109, right?

In fact, some of us are old enough to remember when Democrat favorite Dan Rather was fired for pushing a bogus story about George ‘Dubya’ Bush NOT serving in the war.

Step 1 — Republicans are evil. What they did disgusts me…
Step 2 — ask: so what did they do, so I can figure out how to condemn it.

Was she on record Opposing John ‘Purple Heart’ Kerry for his militarizing of Obama’s White House?