This is hilarious. That’s the kind of nickname that will stick.

Crooked Hillary was accurate, but not hilarious.

The one Jenna Jameson just tagged Stelter with is both.

It started when Stelter tried to make Twitter kill Trump’s account. Becuase why argue with someone if you can just silence them, right? Silencing free speech is why journalists were given Press passes and special protections under the law, isn’t that right?

He got slapped down for that by Twitter themselves … and rightly so: CNN’s Assault Against Trump’s Free Speech Backfires Spectacularly

But now that he’s played that card, he’s getting the public contempt he so richly deserves.

You are a walking vagina… https://t.co/szNMQ0viqe 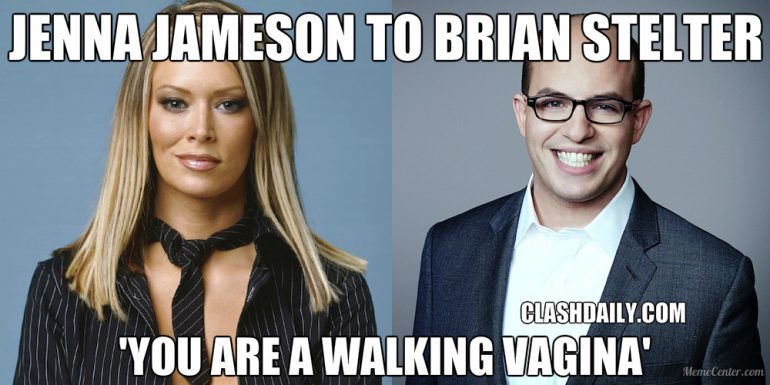 Stelter and his associates have benefited richly from having free speech but has squandered it on propping up a one-sided liberal narrative. People have noticed, and the ratings are reflecting that.

The reason Trump is so hated by you people is instead of playing rope-a-dope and hoping to merely survive the beating Republicans USUALLY take from the media, Trump called you on it. He outed your BS news, your unnamed sources, your fabricated scandals.

And now that even COMEY exposed your full-frontal assault on Trump’s validity as President as a sham, you’re paying a price.

And now that you’ve been caught being Presstitutes instead of journalists, you don’t even have that anymore.

Stelter — that walking vagina — desperately needs to read this book.