Is anyone from your State on the list of co-signers?

It’s exactly the play they’ve been waiting for since he was sworn in. But there’s something weird about it.

No, it’s not just the fact that it’s a fool’s errand. (Republicans still control the House AND Senate last time I looked.)

Not it’s not just the fact that it came out of California.

Or that it was written by some dopey guy we couldn’t pick out of a police line-up with the Three Little Pigs. That’s him: 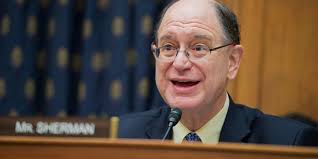 Sherman stank up his appearance in Tucker Carlson’s show, he had two possible outcomes of this gambit, and the first one was — this isn’t satire — forcing Trump to Curb his use of Twitter.

Because THAT is what articles of impeachment were written for, right? They were intended as a pointy stick to tell a President to stop using his bully pulpit.

Sipping on too much wine, were you, Brad? Is this a desperate ploy for relevance?

Oh wait! This gets better.

Democrats must be lining up to sign these critically-important articles of impeachment.

Months of hoopla resulted in…

But the co-signer came from TEXAS? Really?

Anyone from the Lone Star State cool with that?

There’s even a ‘Google Review‘ for him. How convenient.

We could include Brad Sherman’s details too, but really, would he listen?