Well, that’s awkward. But then again, they probably won’t ever realize the horror of what they’ve just done.

One of the organizers was wearing a RefuseFascism.org shirt.

So, who are the ones that like fascism, the left or the right?

Here is the full transcript:

Ladies, Gentleman, and non-binary members of this congregation:
I would like to thank everyone for coming out today to support the constitutional rule of law, I stand here today, a veteran of these United States armed forces, and a proud 21st century patriot. I would like to take this opportunity to talk about this oppressive regime, and the repressive regime that constitutes capitalism as a whole.

We are Socialists, we are enemies of the capitalistic economic system for the exploitation of the economically weak, with it’s unfair salaries, rights it’s unseemly evaluation of a human being according to wealth and property instead of responsibility and performance and we are all determined to destroy this system under all conditions.

Benefit to the community precedes benefit to the individual… The state should retain supervision and each property owner should consider himself appointed by the state. It is his duty not to use his property against the interests of others among his own people. This is the crucial matter. This American Nation will always retain its right to control the owners of property… A policy of laissez faire in this sphere is not only cruelty to the individual guiltless victims but also to the nation as a whole.

For there is one thing we must never forget… the majority can never replace the man.

Life is like a mirror, if you frown at it, it frowns back, if you smile it returns the greeting.

Donald Trump seems to think that if you tell a big enough lie, and tell it frequently enough, that it will be believed. It’s not the truth that matters, but victory.

The doom of a nation can be averted only by a storm of flowing passion, but only those who are passionate themselves can arouse passion in others. 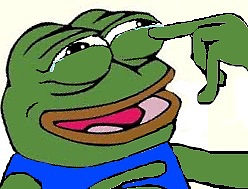 You can certainly be hilarious!