Things didn’t go as planned for a group of teens that stole a car and an SUV.

During the game, the Explorer ran a red light. The SUV’s estimated speed was 100 MPH when it hit another driver, flew into the air, hit a billboard, rolled down the road and burst into flames killing 3 of the teen thugs inside. A fourth teen is injured and in the hospital. The driver of the vehicle that was hit had minor injuries.

Another teen, Keondrae Brown, 14, was in the car with them and was injured. He was taken to the hospital.
Two other teens, Kamal Campbell, 18, and Deyon Kaigler, 16, were also arrested.

Here is what remains of the stolen Ford Explorer: 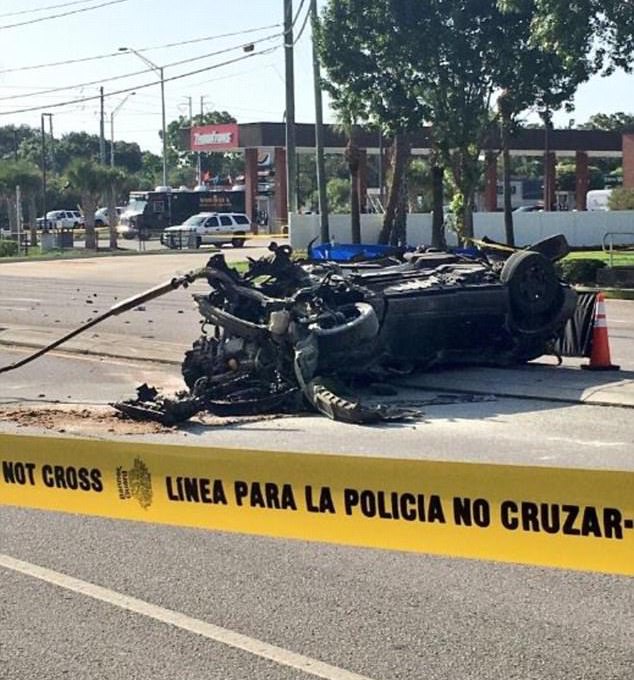 These 6 teens were all known to police. The three deceased teens had ‘extensive criminal histories’ and one of them had left jail only last week.

All six teens had been ‘running in tandem’ since they stole the Explorer and a Chrysler Sebring on Thursday, Pinellas County Sheriff Bob Gualtieri said Sunday morning at a press conference.

He called the three teens who died ‘prolific offenders’ and said the incident was ‘an unfortunate continuation of the epidemic of juveniles engaging in the deadly game of auto burglary and auto thefts’, WFLA reported.
Source: Daily Mail

They also didn’t realize that going 100 MPH through a red light is deadly.

The question is, will they do anything with that information?

Or just carry on as before?