Laying it out in Black & White like that … how could they possibly refute it?

At some point, the media — almost as a single unit — developed a particular script that they follow.

When there is an attack, there is a particular way to frame that attack. It’s bulletproof.

Anyone who cries foul is immediately framed as unreasonable, as intolerant. As — honestly — the ‘REAL’ problem. 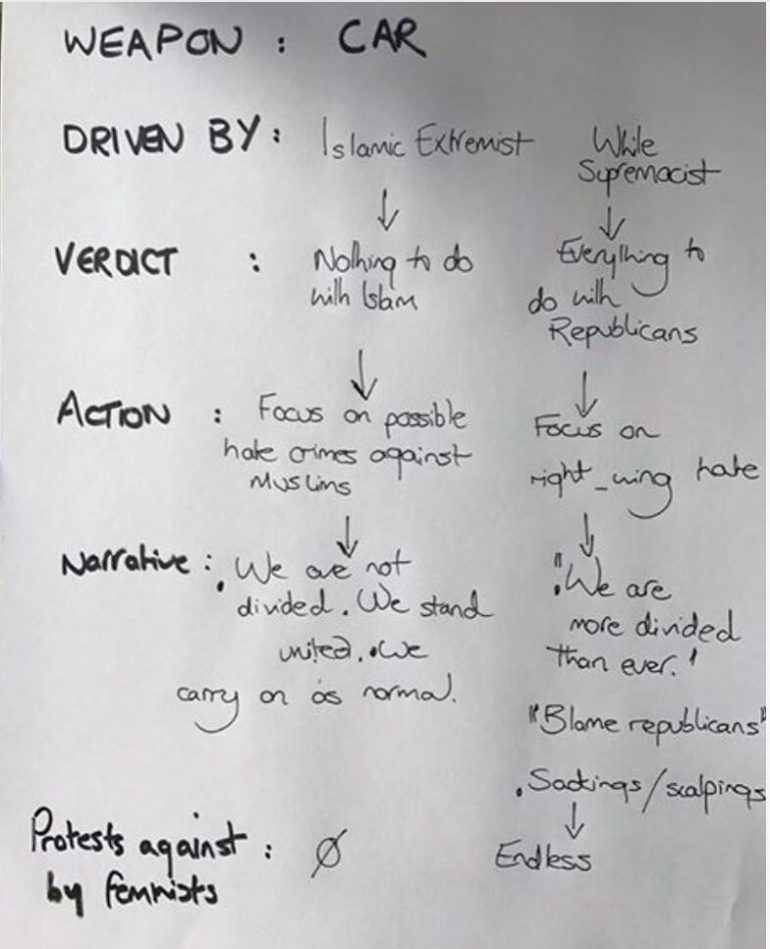 In case you’re having trouble reading the handwritten note, it’s a chart. Here is a modified version, in typed form:

VERDICT: Nothing To Do With Islam

// Everything to do with Republicans

NARRATIVE: We are not Divided; We Stand United; We carry on as Normal

// We are more Divided than ever; Blame Republican; Sackings & Scalpings

Protests Against (by feminists): NONE

They couldn’t help themselves. In applying the double standard to the VERY same situation, they gave us an apples-to-apples comparison.

Don’t expect them to ‘man up’. They wouldn’t even know how.

Unless they read this.