I witnessed the following exchange on Fox recently between Eric Bolling and Jemu Greene. The colloquy had begun previously and concerned the failure of Republicans to toss out Obamacare. When I started listening, Eric said to Jemu “You are the most liberal person in the cosmos.” (Or maybe he said “in the world” although the former is more accurate.) Jemu mumbled something about how Obamacare is totally flawed.

Then they discussed how the Democrats had engineered Obamacare. Then Jemu jubilantly pointed out how the Republicans failed to get a replacement plan in place. (This means the Republicans are exceedingly evil, in case you don’t understand Demspeak.)

Next Charming Jemu explained how the Democrats had offered to assist in the drafting of the replacement for Obamacare, but were rebuffed by the Republicans.

I think I remembered Eric had by now been reduced to a blubbering mass of jello due to Jemu’s monumental and blind liberalism. But Jemu soldiered on with her non-historical (false) representations.

It then occurred to me that if Republicans are venomous reptiles because they failed to muster the votes to at least void Obamacare, what level of opprobrium should we ascribe to the Democratic creators of Obamacare.

In a final effort to close the discussion and restore logical order to the world, if not the Cosmos, Jemu said (I’m not fabricating this …) “If the Republicans had only helped in drafting Obamacare” … (at this point Jemu neglected to mention the Frankenstinian Affordable Care Act was drafted exclusively by Democrats, behind closed doors, without even once being reviewed by Healthcare Experts such as Nancy Pelosi) perhaps it … [might have worked].”

Think about it. Maybe if only one Republican could have helped by being present behind those closed doors …even a really dumb Republican (they exist), it may have worked. A little.

At this point my memory gets really foggy because I was laughing so hard. 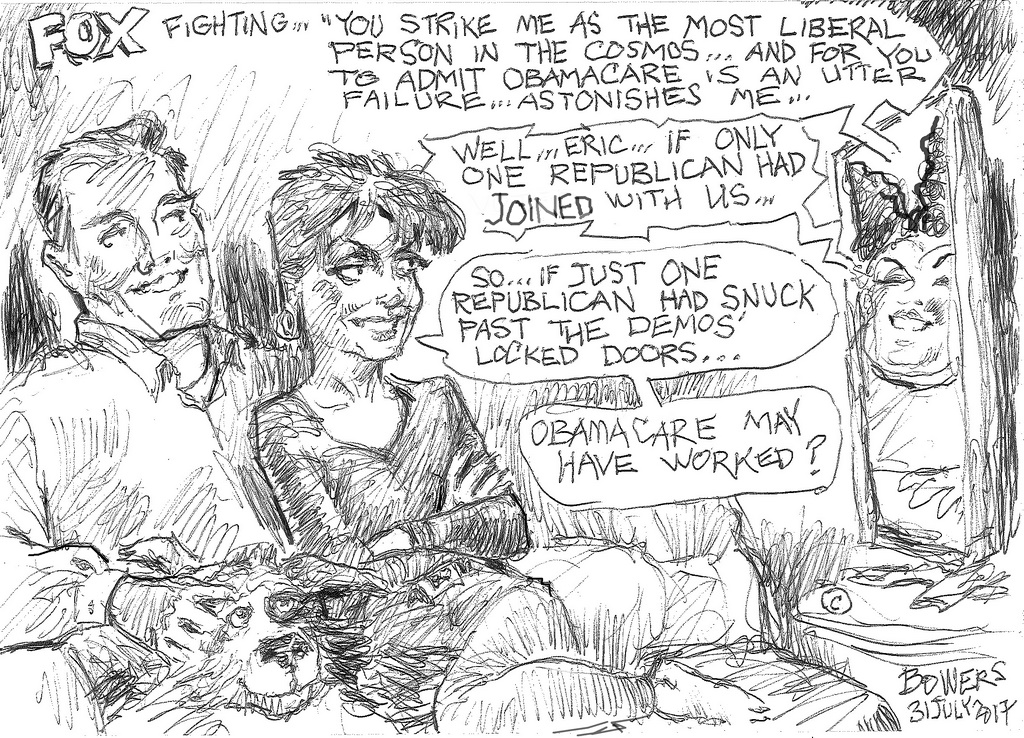