The school board voted for what they thought was best for students. Are they right, or is this just scrubbing out history? 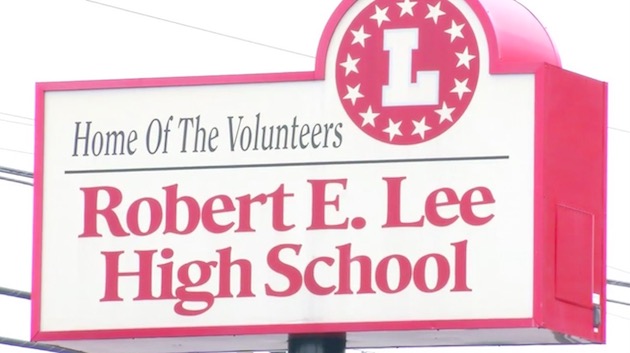 It is the second time the board has dealt with the renaming issue in last two years after a student started another petition to change the name. So, they took this issue on again.
Source: KENS5

A petition was launched by 19-year old Gianno Gomez to change the name and garnered 3,673 signatures.

In 2015, senior student Kayla Wilson began an online petition to change the name. She has thrown her support backing the new petition and hers has 12,224 signatures.

Recent violent confrontations over Confederate statues, like the one in Charlottesville, have played a role in influencing the vote.

Board President, Shannon Grona, and some other board members didn’t want to change the name but did so because they believe it to be in the best interest of the students.

Grona tearfully said, ‘I believe I am doing the best thing for the district.’ She added, ‘Robert E. Lee is a lightning rod for hate and unrest. It is frustrating to me that our city, state, and U.S. government are giving in to these bullies.’

How much is this name change going to cost and who will foot the bill?

Remember, everything from the signage, team uniforms, trophies, down to the stationary will need to be changed.

Is the district right to change the name because Robert E. Lee is such a divisive figure?

Or is this just giving in to bullies?