The hypersensitive AltLeft are upset about everything these days. How long before Lady Liberty is attacked as a ‘Nazi’ symbol?

She’s got the torch, the arm upraised, and she has the date of the Declaration of Independence on her tablet.

We’ve probably got, oh, about five minutes from publication by my reckoning. 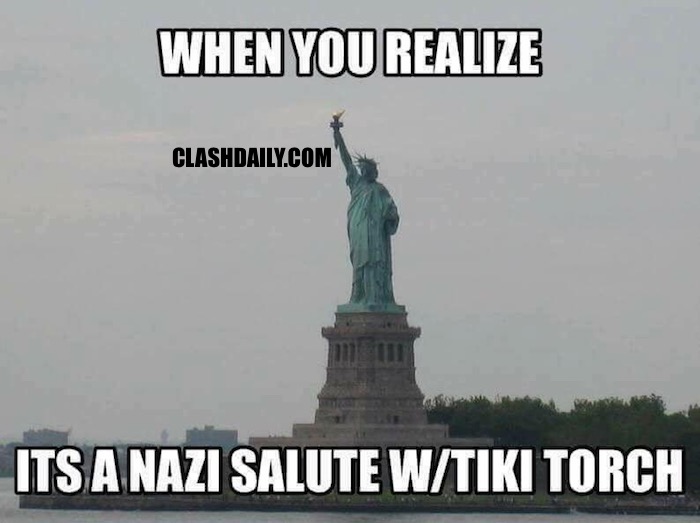 This is a movie that is better left forgotten, but there is this one scene that seems relevant.

But you know the AltLeft all secretly fear this moment:

It’s terrifying because (spoiler alert for a nearly 30-year old movie) Lady Liberty is being used to fight against the divisive ‘negative emotions’ that were being spread in New York City.

Or will they instead use Lady Liberty as a club à la Jim Acosta for his anti-Trump ranting?

If they do, you know Steve Miller will be there to school them.

It’s hard to tell which way they’ll go on this one.

On the one hand, there’s the ‘obvious’ racist imagery — and the AltLeft is known for attacking people just for their haircut — and on the other, there is a way that they can use the symbolism of the Statue of Liberty to push for open borders.

It’s a coin toss what they’ll do.

Let us know what you think the AltLeft’s strategy will be in the comments.