‘Fake News’ isn’t just a problem with flawed stories the networks and papers tell us… the stories they DELIBERATELY BURY are just as significant. Like these ones.

Remember that off-the-record ‘Tarmac Meeting’ with William Jefferson Clinton (whose wife was being investigated for the Email scandal, and whose Charity was ALSO being investigated) that then AG Loretta Lynch had? The one just days before the final Benghazi report?

Here was the original reporting about the meeting.

It triggered a chain of events, including Hillary’s promise to keep Lynch as AG should she win the election (which anyone else might see as obstruction of justice and even a political BRIBE for making sure the investigation(s) ended favorably for the Clintons).

FOIA requests now shed more light on just how shady the media have been in their reporting (or non-reporting) of these issues.

It’s interesting that original FOIA requests sent by the American Center of Law and Justice resulted in the response that there are ‘no records responsive’ to that request.

Which means that, under Obama, the FBI and the DOJ lied about the non-existence of such emails. 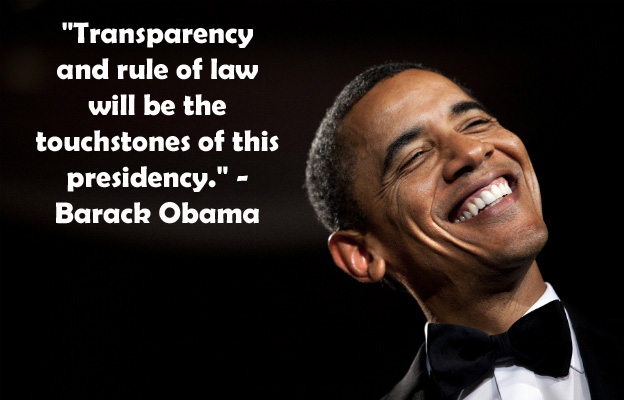 First, the Comey FBI lied to us. Last July, we sent FOIA requests to both the Comey FBI and the Lynch DOJ asking for any documents related to the Clinton Lynch plane meeting. The FBI, under the then directorship of James Comey, replied that “No records responsive to your request were located.”

You might want to add that to the list of things about Comey’s tenure that get investigated.

The ACLJ raises a number of concerns with what the documents they finally WERE given, long after the fact.

However, on October 21, 2016, the Comey FBI replied to our legal demands that “No records responsive to your request were located.” This is in direct contravention to the law, and we are preparing further legal action to force the FBI to come clean and turn over ALL documents related to this matter to us in a timely manner.

Second, the hundreds of pages of (heavily redacted – more on that below) documents paint a clear picture of a DOJ in crisis mode as the news broke of Attorney General Lynch’s meeting with former President Clinton. In fact, the records appear to indicate that the Attorney General’s spin team immediately began preparing talking points for the Attorney General regarding the meeting BEFORE ever speaking with the AG about the matter. — ACLJ

Does that sound like a government that is responsive to the people, or one that is promoting its own secret agenda?

Third, there is clear evidence that the main stream media was colluding with the DOJ to bury the story. A Washington Post reporter, speaking of the Clinton Lynch meeting story, said, “I’m hoping I can put it to rest .” The same Washington Post reporter, interacting with the DOJ spin team, implemented specific DOJ requests to change his story to make the Attorney General appear in a more favorable light. A New York Times reporter apologetically told the Obama DOJ that he was being “pressed into service” to have to cover the story. As the story was breaking, DOJ press officials stated, “I also talked to the ABC producer, who noted that they aren’t interested, even if Fox runs with it.”

Two days after the meeting, DOJ officials in a chain of emails that includes emails to Attorney General Lynch herself stated that the media coverage of the meeting “looks like all or most are FOX” and that “CBS . . . just says a few lines about the meeting.”

Fourth, DOJ bureaucrats have redacted all the talking points, discussions of talking points, a statement on the meeting that was apparently never delivered because there was not enough media coverage on the meeting, and its substantive discussions with the FBI on the matter. They absurdly claim the “deliberative process exemption” to FOIA, which is only supposed to apply to agency rulemaking processes. — ACLJ

All the links to the original source documents can be found on the ACLJ’s site.

When Obama promised to ‘fundamentally transform’ America, did he happen to mention his plan to weaponize our government against We The People?

Shouldn’t we start asking why the DOJ was handing out Amnesty like Tic-Tacs?

The same media that CONSPIRED not to talk about actual conspiracy with someone who was under investigation now has the AUDACITY to be launching their scorched earth Destroy-Trump-At-All-Costs campaign?

Sessions needs to get to the bottom of this on the FBI/DOJ side. And as for the media?

At what point should their corruption make them forfeit their Press Passes?