President Trump is ‘racist’ and ‘not empathic’, they say?

Try telling these kids that!

The Media (D) couldn’t find any flaws in what Trump actually DID or SAID that they could pounce on for the recovery efforts in Houston.

You know that because they haven’t reported any.

They had to pull out ‘plan B’. Say he failed somehow in ‘tone’.

Make it about a failure of feelings. And that’s exactly what they did, isn’t it? 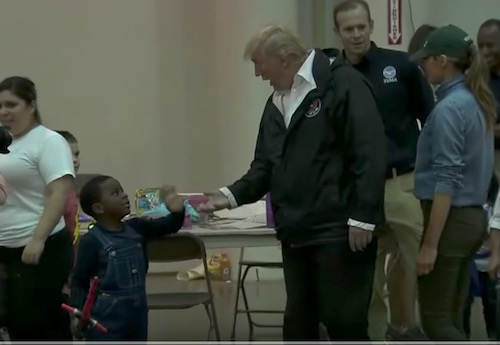 The little kids who greeted him didn’t get the memo.

How embarrassing for CNN and MSNBC.

Not only did the kids ‘not get the memo’. 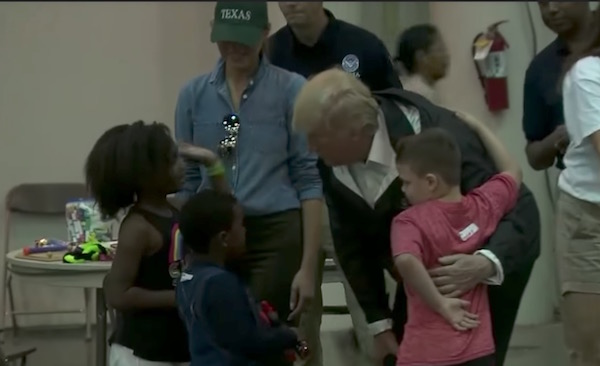 They ran to embrace him. Gave him high fives. 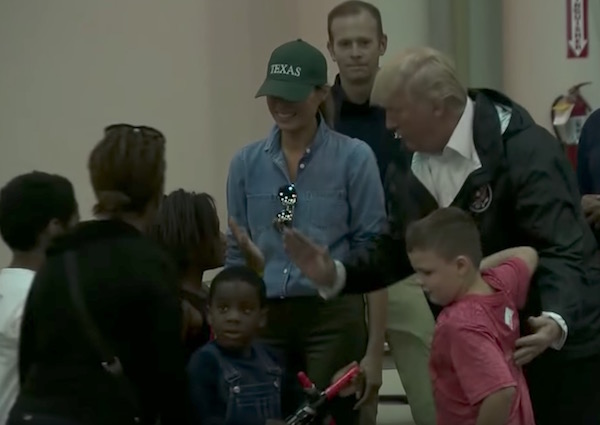 Has it not been your experience,  as it has been ours, that it’s the people that children do NOT want to be around that we need to be careful around?

We have seen him as campaigner, commmander-in-chief, negotiator and statesman.

But in this moment, we’re not seeing any of that.

We’re seeing a grandfather, who knows how to enjoy the company of little children.

Little children, too young for guile and cunning. And they have a better sense of what is going on than those we turn to for ‘the news’.

No wonder they’re not the ‘trusted news source’ they once were.

Share if you think those kids are a better judge of character than our news anchors.