Times sure are changin’. And this meme sums it up perfectly.

The great Howard Cosell died in 1995.

And he would be completely shocked to see how much the world has changed since he was a sports broadcaster.

Just think of the innovation of the Smartphone and all of the technological advances in just a few years.

But it would be other ‘changes’ that would be much more shocking to Cosell.

Could you imagine if Cosell had a time machine, traveled to 2017 and then go back to the 1970’s with the knowledge of the future? 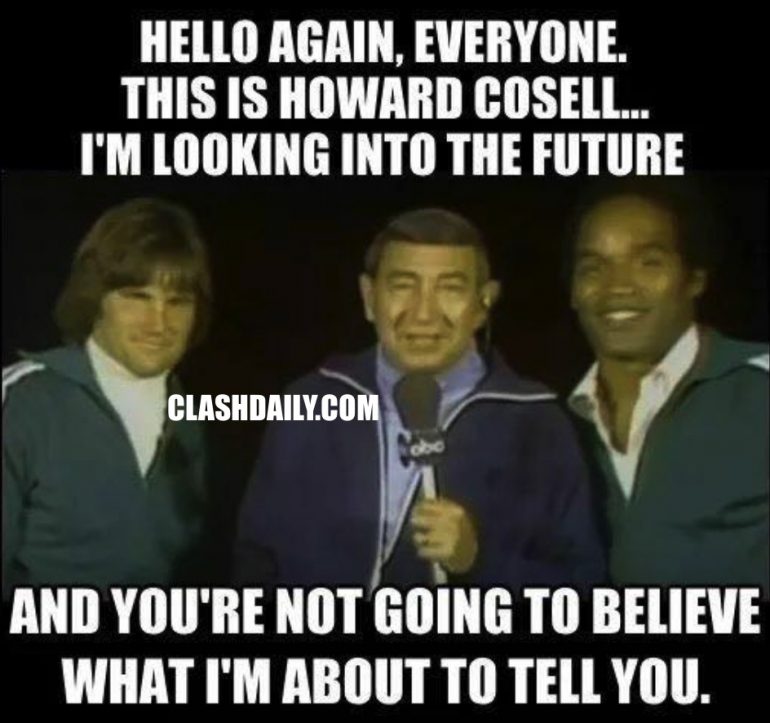 Wouldn’t those two news bites be a shocker?

Who in the 70s would believe a word?

The photo is from 1977 on Battle of the Network Stars.

Times were simpler then.

Bruce wasn’t Caitlyn and O.J. wasn’t a thief or a murderer.