Bill O’Reilly isn’t going away quietly — he’s not going away at all. He spoke with NBC’s Matt Lauer and had a lot to say about the allegations against him.

O’Reilly was fired from Fox News in April after several women came forward and accused the top show host of sexual harassment.

Before he left, advertisers were leaving his show in droves amid a sponsor boycott.

This happened shortly after Roger Ailes was turfed for similar reasons.

O’Reilly appeared on Today with Matt Lauer and didn’t shy away from the scandal when asked about it.

The former Prime Time Ratings King was clear that he believed it was a ‘political and financial hit job’.

‘In 42 years, I’ve worked for 12 companies – not one time did I ever have any interaction with HR or any complaints filed against me,’ O’Reilly told Matt Lauer.

When asked if he had ever sent a lewd text or email to any female employee at Fox News, the former host replied: ‘No.’

‘Nobody is a perfect person but I can go to sleep at night very well knowing that I never mistreated anyone on my watch in 42 years.

‘This was a political and financial hit job,’ he added, saying his legal team would be able to prove his version of events.
Source: Daily Mail

O’Reilly explains why he didn’t sue the accusers, and that there was quite a lot going on behind the scenes at Fox, with many other accusations. He also says that companies deal with sexual harassment allegations all the time, and there are many reasons why they settle the lawsuits.

Lauer asks O’Reilly if he believes it was a ‘vast left-wing conspiracy’, and the response was ‘don’t be sarcastic’.

Over at Fox News, Sean Hannity and Geraldo Rivera are imploring O’Reilly to come back.

Hannity spoke about it when he had O’Reilly on his radio show on Monday.

‘Do you want to come back? I think you should come back,’ conservative show host Hannity asked O’Reilly Monday.

O’Reilly who just last week gave an interview saying he’s glad to be out of the ‘nasty TV business’ responded to his former Fox cohort ‘I’m at the beach every day. You want to drag me back into the swamp?’
Source: Daily Mail 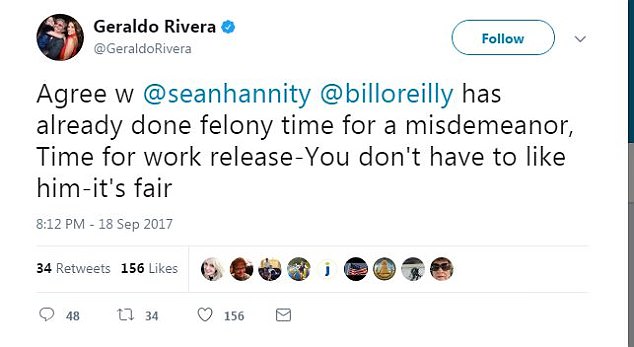 Should he go back to Fox News?

Or was this a plan from the Mini Murdochs to push Fox to the Left?