It’s crazy over there in Leftist-Land. Here’s a peek into their world…

This girl is claiming that the government is strengthening hurricanes to ‘punish’ largely minority communities because President Trump is a racist.

I swear I’m not making it up.

And although there is a lot of  ‘Fake News’ out there, this girl, Breanna Danielle, seems like she really believes this crap.

If she doesn’t she’s really good at ‘performance art’.

Besides, even if it is, ‘Fake News’, you know that there are people that really do believe it.

She says that she’s done her research and storms can be manipulated by the government.

She believes that they are being ‘manipulated’ to be more severe and hit flourishing minority cities.

Check out her Facebook posts that are going viral:

So by that logic — does that mean Obama was responsible for Sandy?

Barry wasn’t so great in helping afterward, was he?

Does this chick realize that that happened in 2012 during those glorious Obama years?

And what about those floods in 2016. No time for that. Have to press on. Grab your tinfoil hat and let’s catch her crazy bus.

She bypasses that completely and doubles down:

And her posts are going viral.  She hits back a few times, but there are hundreds of responses.

She wants to ‘Raise Awareness’, so she’s posting her ‘evidence’. 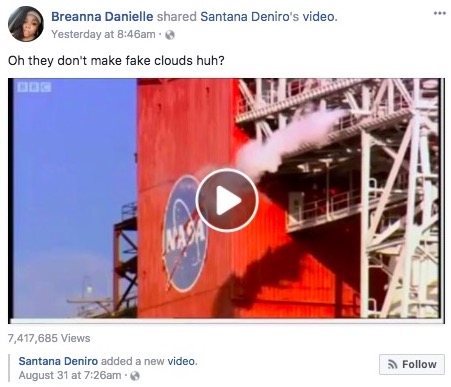 But she’s got to push the racist narrative, too.

Anyone that disagrees, well, she’s got a name for that:

She’s proud that she’s getting some attention:

She then sort-of side-steps blaming Trump directly, but then blames him directly:

And then, because this is one of the biggest loads of crap that we’ve seen on the internet in a loooong time, she decides to sidestep the ‘evidence’.

But wait!  She finds more! 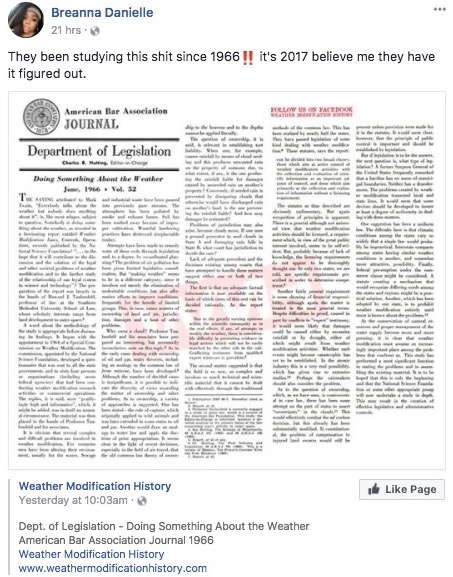 By that logic, we’ve all got those housemaid robots and flying cars from the Jetsons, too! 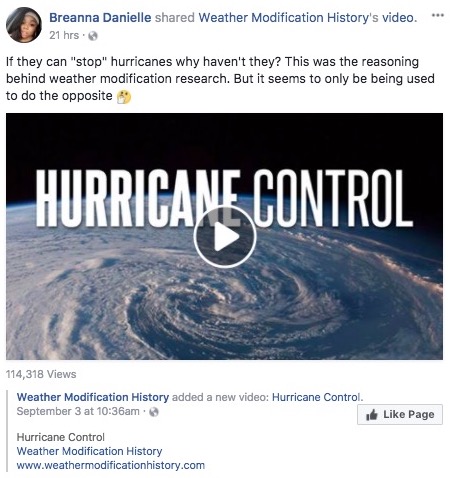 It must take an AWFUL lot of tinfoil to wrap that noggin of hers, without messing up her hair.

Then she goes full-on conspiracy theorist: 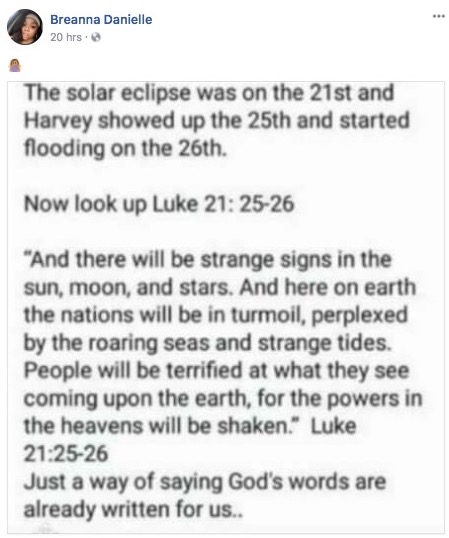 But this post makes us question the whole thread…

The really stupid people and the attention-whore trolls are now looking so much alike, it’s getting hard to tell them apart.

Which do you think we’re dealing with here?

Either way, anyone who takes her screed the least bit seriously had better read this. Quick!