This doesn’t line up with the USUAL reasons ‘experts’ give us for why they radicalize.

You’ve heard all the usual reasons about why people join up with jihadis.

But normally they blame economics, hardship, or even ‘climate change’.

They are typically set out by people in ivory towers who spend their entire lives in a world of hypotheticals and ‘what-if’s’.

How many of those studies are actually based on in-depth INTERVIEWS with jihadis? Would a study that interacts with the IDEAS and VALUES 29 jihadis be of any interest to these so-called experts?

Because that’s what this latest study is.

The idea that radical Islamists do not understand the origin of their religion is not true, according to a study from the University of Vienna.

The academic study shows that many jihadists and other radical islamists have a deep understanding of Islamic theology.

It also found that the claim often made by politicians and other public figures in the west that radical Islam is a perversion of the true Islamic religion is simply not correct.

Ednan Aslan, who is a professor of Islamic religious education at the University of Vienna, conducted the 310 page study that was based on 29 in-depth interviews with radical Muslims in Austria. — CBN

But Obama said all those things about Jihadis NOT being motivated by Islam… it was ‘workplace violence’ or something.

From the German website (translated to English via Google):

Frustration and a lack of career prospects alone are in no way a motive for the transformation from the Muslim to the Islamist, according to the study of the Islamic theologian Ednan Aslan, who is working at the University of Vienna, from which the newspaper ” Die Tagespost ” quoted on Wednesday.
His conclusion: “Regardless of their religious knowledge, a radicalized person in theology sees an offer that gives meaning and structure to their lives.” It is interesting to note that the majority of the respondents are from a Muslim parental home and that the foundations of Islam already existed before the Radicalization.
…A central role was played by certain mosques and religious authorities: “Persons with a higher theological knowledge function as authorities and play a central role in the spread of ideology,” the study said.
…The radical groups and individuals see themselves as the only true Muslims, (Full article here) 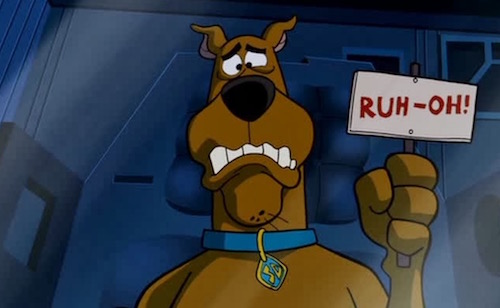 This is going to upset the press. 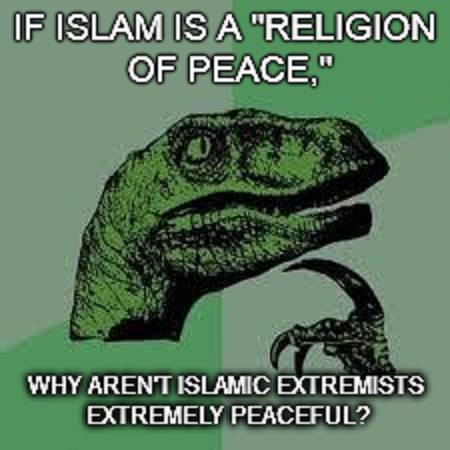 What will they tell us about that ‘religion of peace’ now? You know, the one that was founded by the ‘Prophet Of The Sword™’.

Hopefully, not what they’re doing up in Canada. 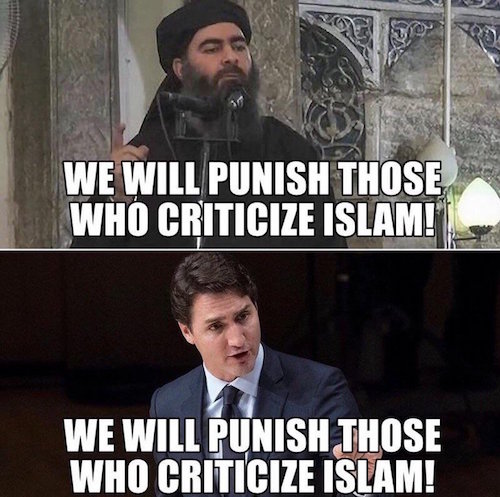 Isn’t it time for an honest conversation about the connection between these terrorists and the religious belief that unites them?