If Charlottesville brought one thing into focus, it’s white supremacists like David Duke…
And how much Hillary Reminds us of him.

It isn’t just their shared admiration of race-baiters in funny hats. 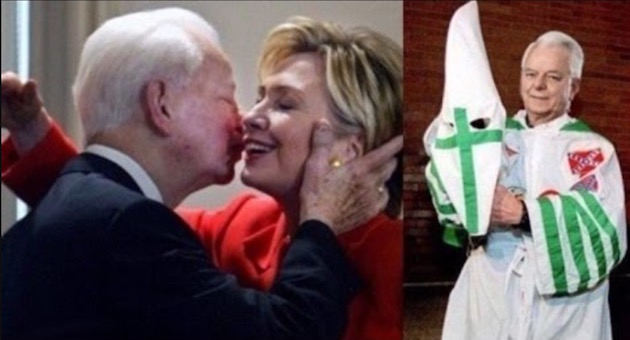 Yes, that one! He was kind of a hard-core racist.

Not that any Democrats like to talk about that very much. And you don’t hear clamoring crowds demand that Byrd’s name be pulled off of every street, park, and building that bears his name, either.

1. That would be the First thing they have in common. (And not just her, either!)

2. They both use race to separate Americans into ‘us’ and ‘them’ categories, and pit them against each other. One pundit was comparing their styles in the following way:

Bitterly Duke said that he lost because his GOP opponent in one special election “was quite successful in referencing a nostalgia that would give hope, comfort, settle grievances, for millions of people who were upset about gains that were made by others because—”

Hold on a minute…
Plot twist…

The interview was typical of Duke’s racial pandering and….oh wait. Apologies. Somehow I got this confused. This race card player wasn’t David Duke at all. It was Hillary Clinton.
The exchange had Clinton saying that Donald Trump “was quite successful in referencing a nostalgia that would give hope, comfort, settle grievances, for millions of people who were upset about gains that were made by others because—”

3. They both try to rewrite history in a way that supports their own narrative.

One places blame for all real and imagined social ills suffered by one ethnicity squarely on the shoulders of another group.

And the other one is affiliated with the KKK.

In 1997 President Bill Clinton dedicated the newest memorial on the Mall — this one to FDR himself. And what did Hillary’s husband have to say at that dedication? As seen here, Clinton enthused over and over about all the aspects of FDR’s presidency and career, calling Roosevelt “the greatest President of this great American century.” One FDR accomplishment after another was recalled by Clinton — except one.
Franklin Roosevelt is the president who went out of his way to appoint a lifetime member of the Ku Klux Klan — progressive Democrat and Alabama Senator Hugo Black — to the United States Supreme Court. And why not? Progressives and racism were the peanut butter and jelly of Leftist politics. As a sitting Justice it was Black who, leading the five other FDR Court appointees in the 1944 Korematsu v. United States decision, wrote the opinion that gave a thumbs up to the internment of Japanese-Americans. A decision based not on the Constitution but on race. —Breitbart 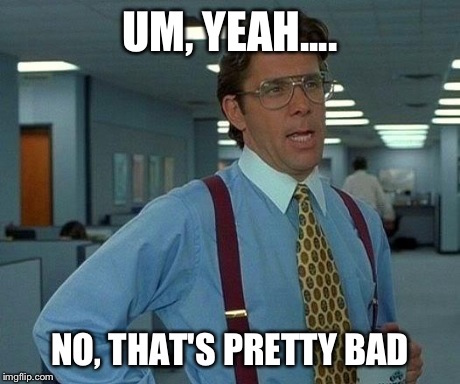 The point is that whether it was Democratic Party founder Jefferson or Jefferson Memorial backer FDR or LBJ, Richard Russell or Bill Clinton in 1997 and Hillary Clinton today, playing the race card while skillfully attributing racism to others is a staple of the American Left. Then, now, and always.

We could probably keep going, but having three IDEOLOGICAL things in common with that guy?

And where is any Actual, specific, measurable evidence of Trump doing something even remotely racist? 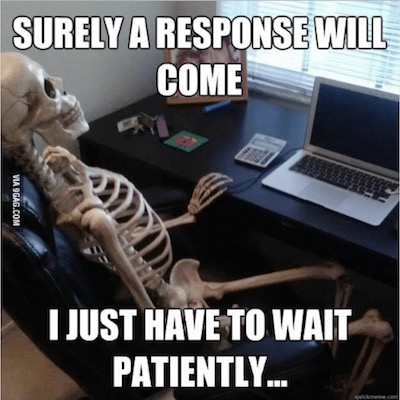 Thanks for bringing up Racism and White Supremacists. It gave us a chance to talk about some real issues.

Let’ do this again sometime!