Have you noticed that what CNN sees and reports is wildly different from what you and I see happening?

On election night, it was clear that they didn’t see the same thing we see.

We were cheering and high-fiving each other over dodging that Hillary Bullet, but the press went into very public mourning, and accusations of ‘white lash’. 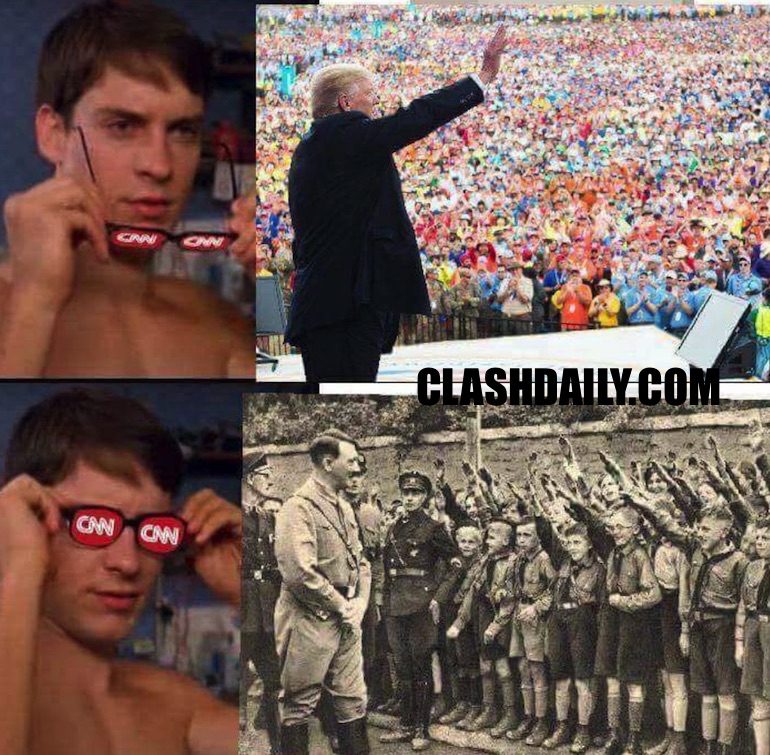 Antifa smashes and burns their way through America as part of a ‘resistance’ movement claiming ‘this is what Democracy looks like’. CNN calls them ‘mostly peaceful protesters’.

When CNN and the rest of the Media (D) reported on James T. Hodgkinson — the BernieBro who nearly assassinated Republican Whip Steve Scalise, all the reports were careful to distance the killer and his actions from the Democrats.

But what happened in Charlottesville?

There, and at events shortly after, Antifa showed up, and how was THAT reported?

And when there was a violent attack that left someone dead, and a number of others wounded (which was very nearly the outcome in the assassination attempt on Scalise) how was that reported?

The driver was identified as James Alex Fields Jr.

He and his actions were used to tarnish the entire protest of that day, and by extension all Republicans and the President too.

When the President pointed out the flaw in the narrtive, he was HAMMERED for raising problems on’both sides’.

But were was the reporting that James Alex Fields Jr was NOT representitive of the larger group then?

Where were the reports of his history of mental illness? “A high school teacher said that Fields had been diagnosed with schizophrenia and was on medication. —Heavy”

When you’re trying to cast the entire right as ‘evil’ that little detail is what you might call an ‘inconvenient truth’.

There is SOME explanation for why CNN can’t report what the rest of us are seeing… why they keep having to retract fake news stories, and have had to fire staff for the stories they’ve run.