She still thinks she was ‘cheated’ under a ‘rigged’ system. Let’s give her the roasting her arrogant wrinkled keister is crying out for.

There is a reason ‘Clintonian’ is synonymous with deception or spin.

She told us she would accept responsibility for her loss, but there is the only person she hasn’t pinned any blame for her loss on. Herself.

Her whole persona is as real as the sniper fire she faced in Croatia.

It’s as authentic as her being named after the guy who climbed Everest — some 6 years after her birth.

It’s as real as the smile she gave to Bernie Sanders at the Democrat’s Convention.

As authentic as her shock when she learned that her buddy Weinstein was another Bill Clinton in his treatment of women.

She’s a huckster. Or to rephrase it, she’s a Clinton.

In fact, there are a lot of things you’d trust more than Hillary. 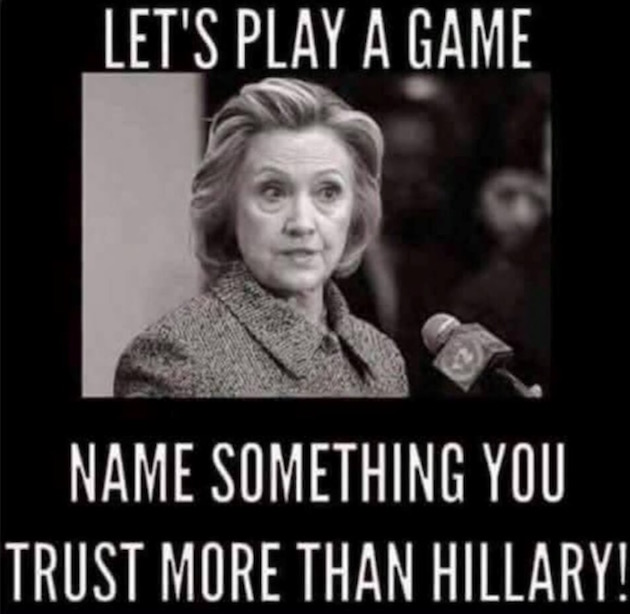 A rottweiler with a sausage link.

That promise that ‘he’ll still respect you in the morning’.

That guy who promises to divorce his wife to be with you.

Harvey Weinstein in a bathrobe.

We could keep going, but let’s see what you can come up with.

We look forward to seeing your ideas in the comments! 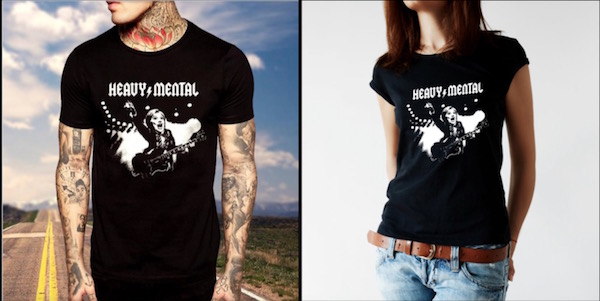