Is it fair to kick Hillary when she’s down like this? Do you care?

Hillary is still on her ‘I’m relevant and important, really I am’ tour… looking anywhere but the mirror for someone to blame for the system not being properly rigged in her favor.

Maybe she needs some pet/owner lookalikes to cheer her up?

Which one is the best resemblance, do you think?

This may be one case in which Hillary is finally a Winner!

(Is it still called ‘winning’ if you win this particular contest?) 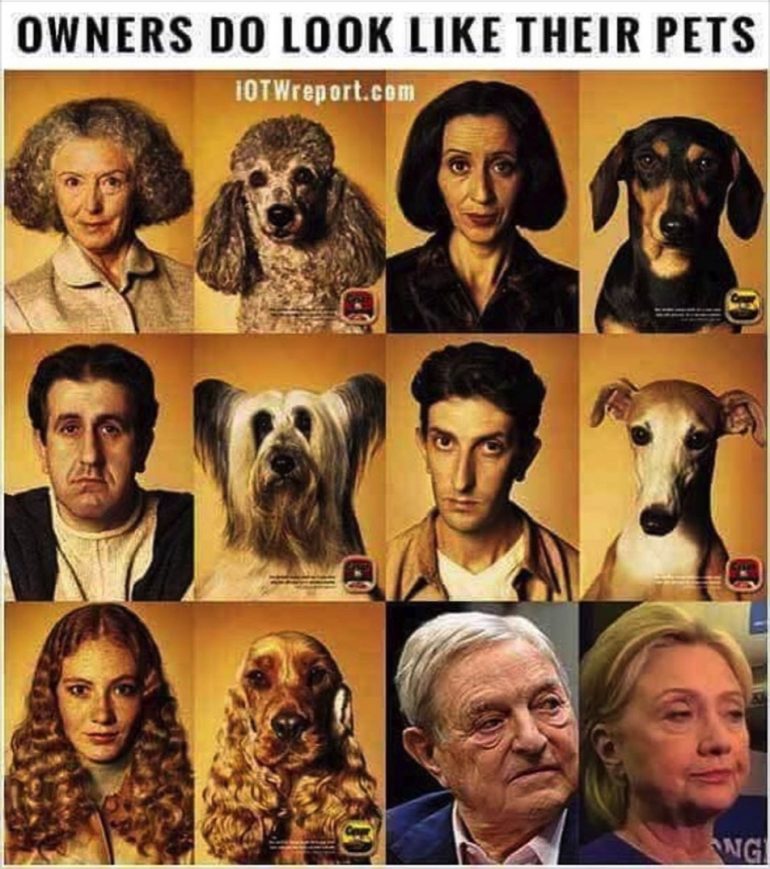 It’s beyond question that she IS his pet, though. Bought and paid for.

ClashDaily even gave him an honorary title during the Election campaign.

Hillary would have been just another Soros meat-puppet. Like Obama. (Or McCain.)

Let’s remember his involvement in our political process in 2016… pushing hard for his puppet.

From an article we published earlier:

The billionaire and convicted felon moved hundreds of millions of dollars into often-secret efforts to change election laws, fuel litigation to attack election integrity measures, push public narratives about voter fraud, and to integrate the political ground game of the left with efforts to scare racial minority groups about voting rights threats.
These Soros-funded efforts moved through dozens of 501(c)(3) and (c)(4) charities and involved the active compliance with civil rights groups, government officials, and purportedly non-partisan groups like the League of Women Voters.
The leaked documents also reveal deliberate and successful efforts to manipulate media coverage of election issues in mainstream media outlets like The New York Times.