Odell Beckham Jr. pretended to pee like a dog during a game, but he must’ve forgotten what Karma’s called…

New York Giants wide receiver, Odell Beckham Jr. decided to behave like a dog because of President Trump saying, ‘Get that Son of a b**ch off the field!’ in a speech in Alabama late last month with regard to the ‘Take A Knee’ clowns.

It turns out that it wasn’t such a good idea.

Poor Odell. It looks like it’s not just the diminishing fan-base and a teeny fine (ccomparedto his $10.4M contract) that’s hitting him.

Looks like ‘Karma’ is getting in on the act, too.

The Giants weren’t doing so well with Beckham anyway.

They lost that game 27-22 to the Los Angeles Chargers.

The Giants are 0-5. To put that in perspective, the other two teams that are at 0-5 are the Browns and Kaepernick’s old team, the 49ers.

Fans and owners aren’t thrilled with allt the protests and ratings continue to plummet on NFL games. 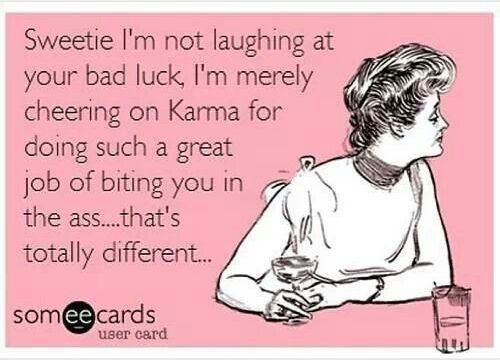 With all that going on, will polarizing force Beckham even have a team to come back to once his injury heals?

Beckham should’ve been given some advice.

Now that he’s going to be off for a while, he should get a super-dose of some of that Grandpa wisdom while he recuperates:

You know what else you need?

A shirt that aptly describes the NFL — No Fans Left, or what the league should be named WTF.

Buy them now at Keep and Bear.