The initial plan might have had a few flaws from the start.

Well, let’s set this up properly.

We’ll start with a concerned mother.

Cynthia Quinn rushed to Henry Ford Hospital when she heard her son Sanchez Quinn had been shot. She called FOX 2 upset because she didn’t know why she was not allowed to see her wounded son.

“When I went to my son’s room I was stopped by two police officers (who) told me to get out of my son’s room,” she says. “‘Why you here? You can’t be here.'”

Being told you can’t even see your son that’s been shot multiple times?

The reason was made clear soon enough.

It turns out, although he was shot multiple times, the 29-year-old was not the victim. Detroit police say Sunday night he tried to rob two men outside the Super X Market, a Green Light location at Charles and Sparling on the city’s east side.

All of it was caught on high-definition surveillance video.

The ‘Green Light’ initiative is a project where the Detroit Police department and private businesses partner to reduce crime in high crime neighborhoods. Businesses install high definition security cameras both inside and outside their business. The business has a literal green light on its roof to indicate that there are high definition cameras inside and outside the business. 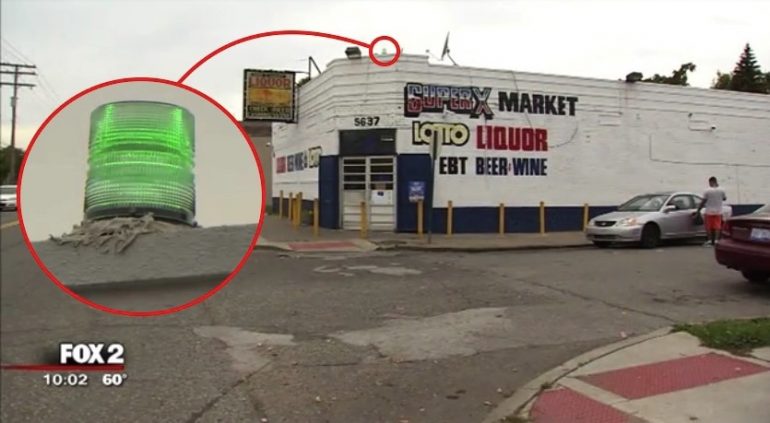 But Sanchez Quinn and his literal ‘partner in crime’ didn’t take that into consideration when they tried to stick up a guy in broad (freaking) daylight.

Besides not planning for the clearly marked high definition video surveillance, the dynamic duo didn’t expect that their intended victim would have a CPL — Concealed Pistol License.

You know what comes next, right?

“I turned and looked and saw the other gentleman had a gun pointed at my face,” the man said. “I was able to knock his hand down and the gunfire rang out.”

Looks like this get-rich-quick scheme didn’t work for these brainiacs.

Police told the man with the CPL license that it was a good thing that he was legally armed — it may have saved his and his cousin’s lives.

In addition, the man told Fox 2 the thing that every believer in the Second Amendment would say:

“It makes me mad because you have people out here that work every day. They are innocent; you want to take from them,” the CPL holder said. “These guys, I definitely feel don’t need to be back out on the street because someone else might get hurt and it might happen in a different way.”
Source: Fox 2 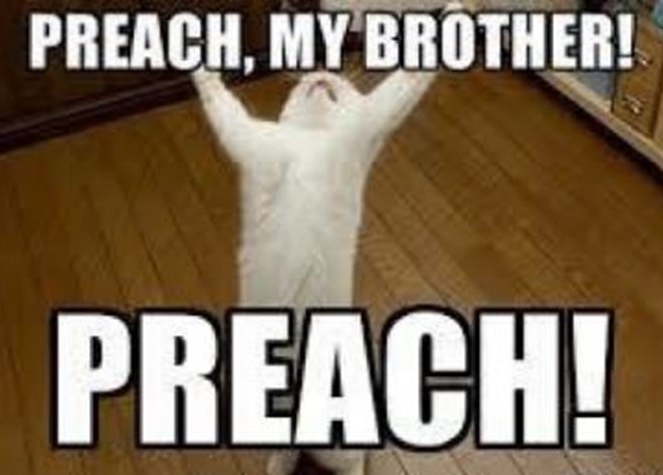 That kind of no-nonsense talk is what we need in America.