In what sort of a diseased mind does an idea like this even BEGIN to make sense?

Oh, right. A Liberal one.

At a time where Liberals are practically tripping over themselves looking for reasons to disqualify the people we already have monuments for — even Lincoln’s was vandalized — they’ve picked a very unlikely ‘hero’ to honor.

Sure, he was a long-serving Democrat, a mayor and a black man. But you might think some of his personal failings might disqualify him from being worthy of something as significant as a statue.

But not in DC.

Mayor Marion Barry was best remembered by many for how he disgraced his office, not for how he ran it. But still, they want a statue of the man.

But will anyone be able to recognize him without a crack pipe? 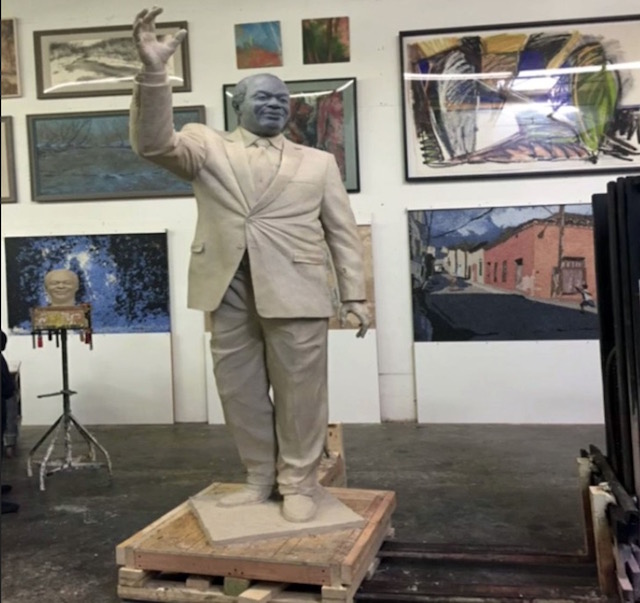 Sources said that the mayor, who was arrested shortly after 8 p.m., smoked crack cocaine in the hotel room. The sources said the mayor was with a longtime female friend of the mayor who agreed to work with federal authorities.
Source: WaPo

Here’s the FBI video including the crack use and the arrest.

Sorry, did we say arrest? As in, singular?

There was more than one arrest. Besides the drug uses, they even included (repeated) non-payment of income tax. Which is an especially dumb thing for a politician to be nailed with.

If we have a statue for Marion Barry, why shouldn’t we have one for all the great things Benedict Arnold did aside from that *one* stain on his career where he betrayed us?

Well so does the suggestion that a Mayor TWICE arrested for drug and other infractions?

Funny you should ask…