While watching game 6 of the 2017 World Series on TV, I thought about Baltimore Orioles Hall of Fame third baseman Brooks Robinson. I called up Brooks’ highlights on YouTube. There are several tributes to Brooks on YouTube. Each acknowledged that Brooks was not only a remarkable player, but a great, humble man of character. To my surprise, I welled up, becoming emotional. Why? I do not know.

I remembered my cousin Ray who lived in walking distance from Memorial Stadium taking me to my first baseball game. I was around nine or ten. Ray was a year older. In those days, a general admission seat was a dollar and change. I vividly remember walking through the upper deck tunnel to see that huge awesome flawless green field. I was blown away. Ray knew stats of each player and taught me proper fan behavior.

Perhaps, the reason I got emotional while watching tributes to Brooks Robinson is because he was someone Ray and I (black kids) looked up to and wanted to be like; a hero on and off the field; a good guy. Expecting pro athletes of today to be positive role models sounds as corny as Norman Rockwell paintings; ghosts of a long forgotten America. By the way, Norman Rockwell actually did a painting honoring Brooks Robinson.

I am sure there are great character driven people in pro sports today. Former NFL coach Tony Dungy immediately comes to mind. However, more and more, they are becoming the exception rather than the norm. Sports media is repulsed by athletes who express traditional American values, insidiously portraying them as weird; out of touch with the mainstream.

Leftist haters of God and country who dominate media continue to praise players for disrespecting America by taking a knee during our National Anthem. These are the same people who relentlessly excoriated Tim Tebow for taking a knee in humility and respect for God.

Leftist media demeaned black pro quarterback Russell Wilson for honoring his Christian faith. Wilson said he and his girlfriend would wait to their wedding night to have sex.

A huge destructive problem devastating black America is out-of-wedlock births and fatherless households. This behavior feeds a cycle of poverty, epidemic school dropouts, gangs, black on black homicides and incarceration. In a sane America, Wilson would be celebrated as a positive role model for black youths. Leftist media which claims to be superior advocates for social justice trashed Wilson; accusing Wilson of not behaving authentic to his blackness.

So to be authentically black in the eyes of Leftist sports media, black athletes must include “yo” in their speech, wear their pants below their butts, resent whitey and hate cops.

As a black American, it has always puzzled me why my fellow blacks are not offended by Leftists dictating how we are allowed to behave. Whites are free to enjoy whatever foods or music they please. But a black who prefers sushi over fried chicken, country music over rap music and votes Republican rather than Democrat is deemed a traitor to their blackness by Leftists. Leftists are the ones obsessed with keeping blacks in their little black box of acceptable black behavior.

At the crack of the bat, center fielder Paul Blair would immediately turn and dash to the fence. Then, Paul would turn back around, leap into the air and catch the ball, robbing the hitter of a home-run. Absolutely thrilling.

Cal Ripken was nicknamed, “Iron Man” for his tremendous work ethic, excellence and never missing a game. I remember the night Cal played his 2,131st consecutive game, breaking Lou Gehrig’s consecutive game record. Talk about a corny, unbelievable movie script, Cal also hit a home-run that night. Fans cheered so long, Cal was forced out of the dugout by teammates. Cal trotted a lap around the field in thanks to the fans. It was magical. Cal’s streak ended with him playing 2,632 consecutive games.

I believe fans subconsciously thought of Cal Ripken as the last of his kind, marking the end of an era of sports role models for their kids to look up to. America’s cultural decline has been dramatic and consistent. Leftist media laughs at and demeans old school character driven sports heroes.

To be celebrated and highly respected by sports media today, an athlete must announce that they’re homosexual or put on a dress to win the ESPN award or kneel during our national anthem. Pro athletes are role models who have launched a national movement, inspiring youths to hate police and their country.

By electing Trump, middle America is saying we miss our old-school America in which character and doing the right thing matters and is celebrated and respected. Restoring traditional principles and values will make our country great again for all Americans.

My dad had his picture taken with Brooks Robinson. The extremely excited look on Dad’s face says it all. 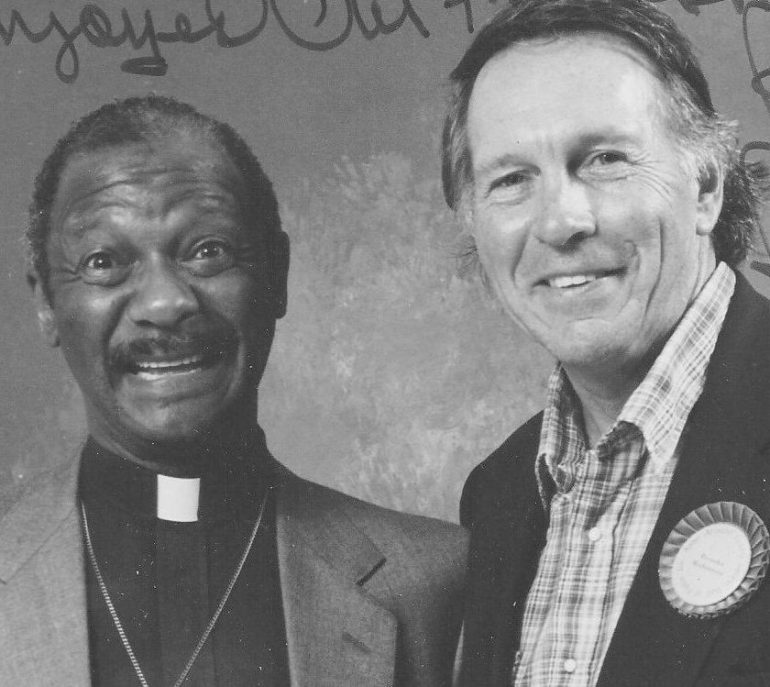 Lloyd Marcus, The Unhyphenated American
Author: Confessions of a Black Conservative: How the Left has shattered the dreams of Martin Luther King, Jr. and Black America
Singer/Songwriter and Conservative Activist
http://LloydMarcus.com