How would you feel if you saw this in a restaurant? Would you laugh or would you leave?

Would you be offended?

Dodie’s Cajun Bar & Grill in Allen, Texas is coming under fire from leftists for their ‘transphobic’ use of Bruce and Caitlyn Jenner’s iconic images to designate the male and female bathrooms.

They posted the images on their Facebook page in August, and whoa, Nelly!  The fit has hit the shan with this one!

A Texas restaurant has come under fire for its bathroom doors which use before-and-after transition photographs of Caitlyn Jenner to signal the men’s and ladies’ rooms.

Dodie’s Place Cajun Bar & Grill in Allen, Texas, showed off its updated bathroom doors in a Facebook post in August.

‘Come meet our newest members of the Dodie’s crew, Caitlyn & Bruce! Stop in for our weekly specials, served all day!’, the restaurant said in a caption alongside the image. 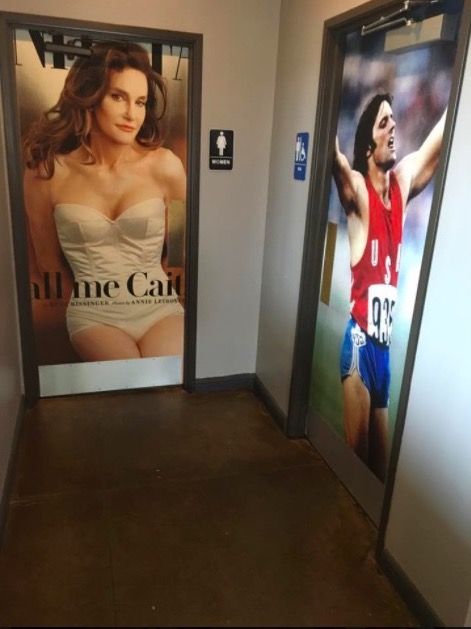 The Leftists, however, don’t seem to see the humor here.

(To be fair, Leftists don’t seem to see humor anywhere.)

Many loyal customers praised the restaurant’s joke, calling it ‘creative’ and ‘hilarious’ however others failed to see the funny side.

They thought the signage was ‘offensive’, ‘disgusting’ and ‘insensitive’ to the trans community.

Pardon me, but isn’t that exactly what the Left has been telling us we need to do it now?

At least Dodie’s says that Caitlyn can use the ladies’ room, amirite?

Weirdly, the Social Justice Warriors don’t see it that way.

‘Dallas friends, do feel free to publicize the blatant trans bigotry at Dodie’s place in Allen,’ said another critic.

Others labeled the doors ‘pathetic’ and vowed never to return to the restaurant.

Here are some of the cheers and jeers on Facebook.

A few that call out the nonsense: 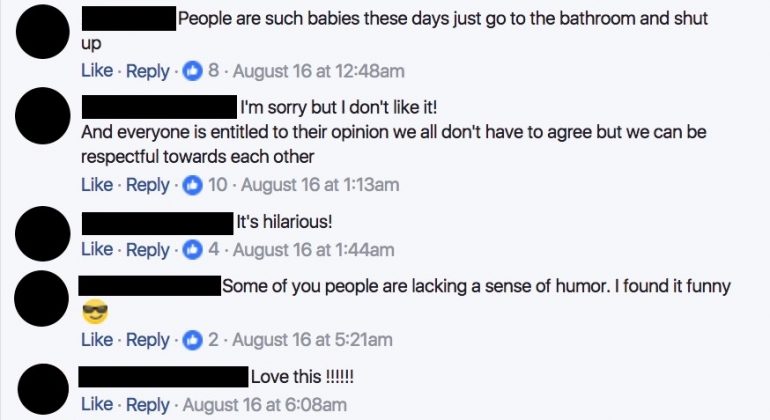 Are you calling Texans ignorant?

Don’t you see that this IS their hobby.

What do you think?
Did Dodie’s go too far, or is this just funny?
Let us know what you think in the comments.