Remember, these are the people who once told us cow’s milk is ‘racist’.

No, this isn’t a push to boycott Bing Crosby Christmas Specials. This is yet another anti-white movement. Because all things are ‘racism’.

How much more of this will it take before the lemmings dumb enough to believe BLM is somehow elevating minority rights isn’t far more interested in the social collapse of the entire nation — who don’t give a damn about what impact that will have on pensioners, the disabled, or welfare-recipients.

They just want to overthrow the system.

No just the economy, not just the police.

In case you’ve forgotten, BLM is not the first group of people who wanted that. And yes, we’re putting the guy on the right in with the other two. Just for fun, Google his name with ‘atrocities‘ some time.

In fact, they sound a lot like this guy: 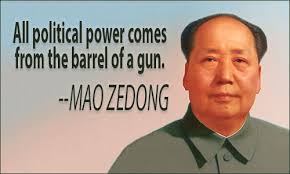 Or this guy, who did exactly what these guys would wish for — start a revolution, throw white people off their farmlands, and rule with a tyrant’s fist for decades. Mugabe.

He ticks all the right Socialist boxes, doesn’t he? 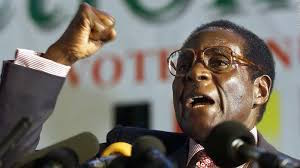 Forget the fact that HIS war on capitalism threw his country into such turmoil that he turned his whole nation into a charity case. If the UN (largely propped up by White Capitalist economies) hadn’t stepped in to rescue their sorry backsides by delivering food to 25% of their population, they would have starved under his ‘leadership’.

But BLM probably loves him anyway, because he said mean things to ‘whitey’.

They are actively calling for MORE hate.

The ‘wizard’ giving the next quote is California State University Professor, Anthony Ratcliffe. What’s he teach? Pan-African Studies. Maybe if the University hears how much he hates Capitalism, they will be happy to default on paying out his contract. Because, really, who would he report it to..? Surely not the police, that would discredit all of his claims about them wanting black people (presumably including him, too) dead.

“Black Lives Matter and other organizations build a strong critique and understanding of racism and white supremacy and sexism and homophobia, transphobia, but we have to have as much hatred or vitriol against capitalism,” Ratcliff said.

“Until we start to see capitalism [is] just as nefarious as white supremacy, we will always be struggling,” Ratcliff said.

They are also taking the BDM hate-Israel tactic, and redeploying it to ‘white businesses’.

“We have to not only disrupt the systems of policing that literally kill our people, but we have to disrupt the white supremacist, capitalistic, patriarchal, heteronormative system that is really the root cause of these police killings,” Abdullah added.

“If you must buy, #BuyBlack. For a list of Black businesses, please visit backingblackbusiness.com and download the apps “Official” Black Wall Street for real-time Black-business mapped locations and MyClickUrban for #BlackXmas updates and Black events in your area.”
Source: Breitbart

They won’t want to hear the fact that when the numbers of POLICE DECLINED in Baltimore, the MURDER rate ‘Soared’ there. No, that would disrupt their lying narrative.

Here’s a glimpse of the Brave New World they are proposing:

People Literally Starving Thanks to Socialism in Venezuela

These people are liars.

They aren’t actually FOR anything except themselves. Like all revolutionaries before them, they will want a seat at the table of the ‘new elite’ when power changes hands. As for ‘the poor’ they ply with rosy promises of a new reality? They will be even more screwed than they are now. Just like the good citizens of oil-rich, but food-poor Venezuela.

Why are these people’s minds so addled?