Hey UN! Just how much do we loathe you? Now you can know down to the penny!

Well, actually, we think you’re totally worthless, and taking up valuable real estate in New York City. Real estate that could be put to better use as condos, a hospital, a homeless shelter, or — let’s be real — even a landfill would be a ‘better use’ than what we’ve got now.

But our badass envoy, Nikki Haley stood up to tell you that we’re sick of paying the freight to have your wretched hive of tinpot dictators crap all over America, our allies, and our values. 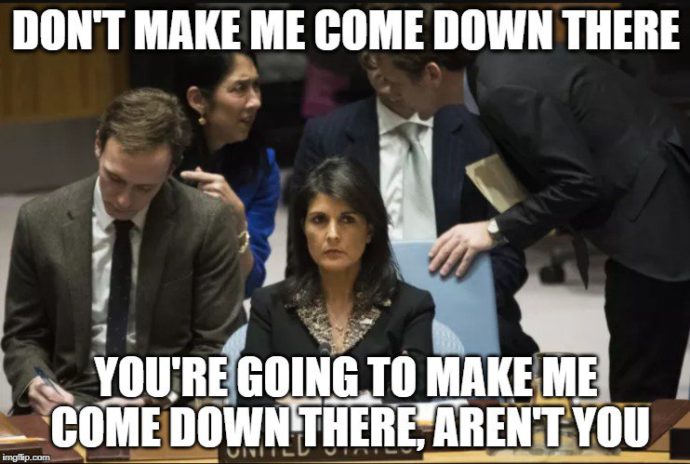 So… you’re on notice.

And your budget is on a diet.

U.S. ambassador to the U.N. Nikki Haley said that the ‘inefficiency and overspending’ of the organization is well-known, and she would not let ‘the generosity of the American people be taken advantage of.’

She also said that while the mission was pleased with the results of budget negotiations, it would continue to ‘look at ways to increase the U.N.’s efficiency… while protecting our interests.’

The requested budget cuts come off the heels of the UN General Assembly voting to reject the Trump administration recognition of Jerusalem as Israel’s capital earlier this month.

After announcing his decision on December 6, Trump signed a six-month waiver that delays the relocation of the American embassy currently in Tel Aviv to Jerusalem.

What a difference having a President who isn’t trying to bow and apologize to every world leader can make, huh? 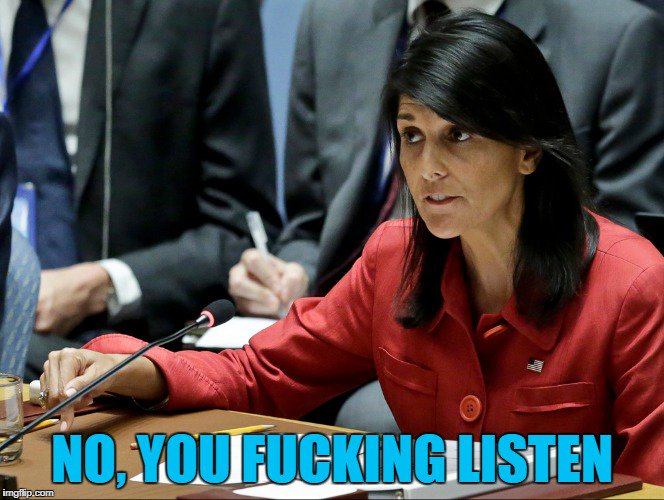 America is BACK. And putting the Super back into “Superpower”.

Do You Love America's New Tough Stance On The UN?