Britney Spears has decided that she’s going to take a political stand. She used a sexy pic to do it.

The 36-year old Spears decided to show her support for ‘Dreamers’ with a t-shirt tied just high enough to show off her abs.  The caption for the photo which she posted on Instagram was:

‘We are all Dreamers ✨ Tell Congress to pass the #DreamAct’.

Trending: Dowd’s Scathing Letter Blasts Mattis: Trump Had The B@lls To Succeed Where You Failed 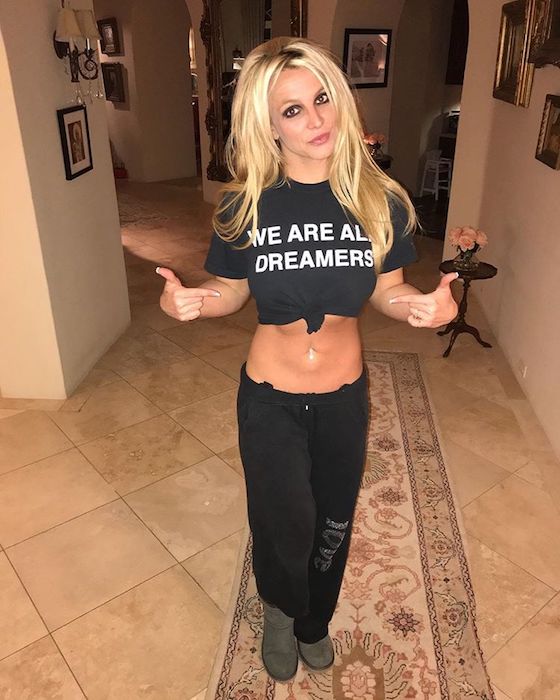 To say that the Democrats are light on immigration is an understatement.

They believe that anyone who comes into the United States illegally should be allowed to stay.

They’ve defended the millions of people flooding our southern border to become American citizens despite the violation of federal immigration law. They’re ‘Dreamers’ and just want a better life.

Would they say the same if the flood of illegal immigrants were from the northern border?  Can you imagine all the white Canadians of European heritage fleeing the progressive Trudeau leadership and mandatory bilingualism for a better life where Freedom of Speech and the Right to Bear Arms is embraced?  The Dems would have none of that, I’m sure.

No one asks why there are so many people flooding the southern border. Perhaps enforcing immigration law would make people stay in their own hell-hole countries and force the governments of those countries to improve the lives of their citizens instead of having them leave for a free land with more opportunity.

But Britney wants to make sure that everyone knows that she’s on the side of the ‘Dreamers’.

It’s always a good idea to side with the people that break federal law, amirite?

This isn’t the first time that Britney has been political.

She posted a photo with the Hildebeest captioned, ‘I’m With Her’: 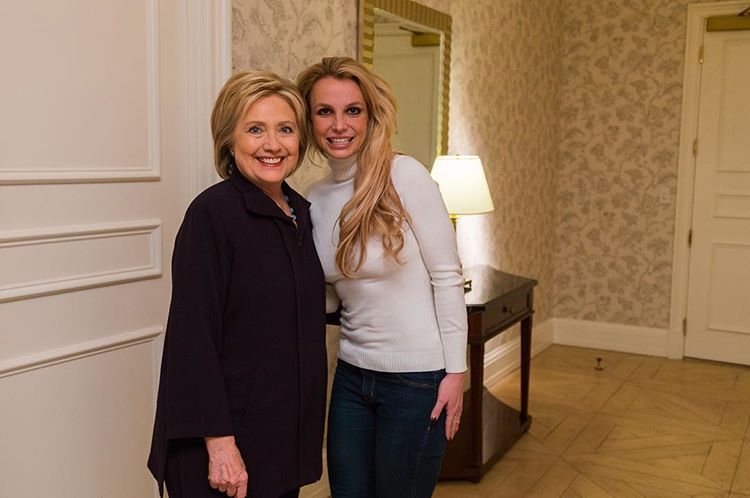 She also did this song as a tribute to the Democrats from celebrities and the Media (D):

You know, I can think of a better shirt for Britney:

Democrat Chicago Mayor: Residents Should Not Use Guns to Defend Themselves (Watch)
June 6th, 2020 Flag And Cross

Threats Of Violence Against ‘Diamond District’ On Live TV… Is This Antisemitism?
June 7th, 2020 Clash Daily

Minneapolis Mayor Frey Now Finds Himself Needing To Beg Trump Admin for Handout After He Let His City be Looted and Torched by Leftist Mob for Days [Opinion]
June 7th, 2020 Right Wing Tribune