As a public service, we’ve got the info that a lot of powerful men need REALLY to hear.

And these three leftist men in particular could have used this little primer: 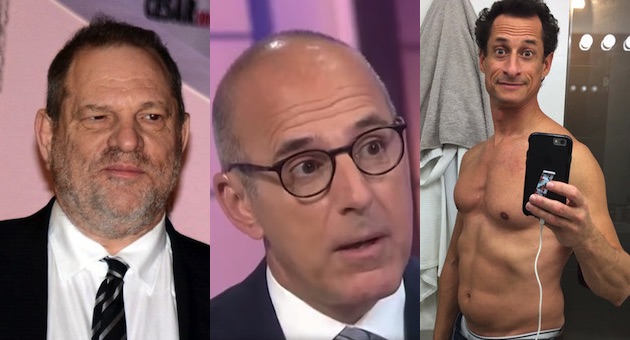 This advice would’ve been really helpful for them.

For the rest of us, however, it seems like it’s stating the obvious.

This hilarious article on Medium has some advice for the newly-successful man:

If you’re reading this, congratulations! Your hard work and dedication have paid off, and you’ve finally made it to the top of your respective field. You set a goal, you put your mind to it, and here you are, ready to take on anything that comes your way. Here’s to many years of continued success.

With that in mind, a quick reminder before we continue:

Nobody wants to see your dick.

It even has a helpful Q & A section:

Q: I’d like to have sex with my co-worker, but she’s not showing me the same level of interest. Should I pull out my dick, sweeten the deal a bit?

A: No, you should definitely not do that. Pulling out one’s penis without any sort of encouragement is not only a deal-breaker, but it has also literally never been a deal-maker. Nobody has ever been glad they saw someone’s penis in hindsight. “I had no interest in him whatsoever, but when he got me alone, locked the door and pulled his penis out, I was like ‘Wow, that looks great — let’s do this’” is a statement that has never been uttered in the history of humanity. Yours will not be the penis that ends that streak.

Just in case the newly successful dude thinks that because women like a guy with a sense of humor, laughing at a joke does not indicate interest in seeing your naughty bits:

Q: I just told a joke referencing a noteworthy television character from the 90s. An intern laughed and said that I was hilarious. Time to pull my dick out?

A: First of all, congrats on the joke. Second, no, it is not time to pull your dick out. Laughing at a joke you told, in and of itself, is not a sign that someone you work with wants to see your penis. Do not assume that it is.

Nor should you use your position of power over your subordinates:

Q: My new position comes with my very own personal assistant. When do I show her my dick, immediately?

A: How about never? Maybe just, you know, never show her your dick? Yeah, let’s go with never.

And just in case it’s a matter of just wanting to have her ‘watch’, the advice is clear:

Q: What if I don’t want her to touch it, just sit there and watch me touch it?

A: Well, that’s different. Just kidding, it’s actually not different at all. The answer is still never, because nobody wants to see your dick.
Source: Medium

But some guys just don’t get it, I guess.

Here’s our hilarious Matt Lauer shirt, get yours today.

Also, get yours, Today Show co-hosts: 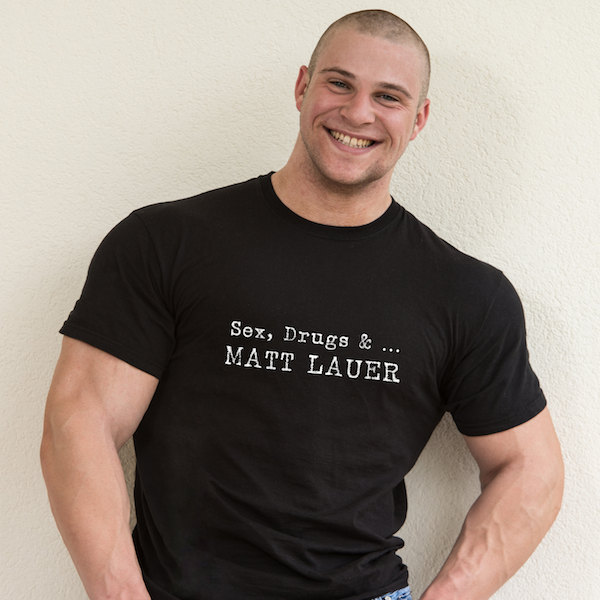 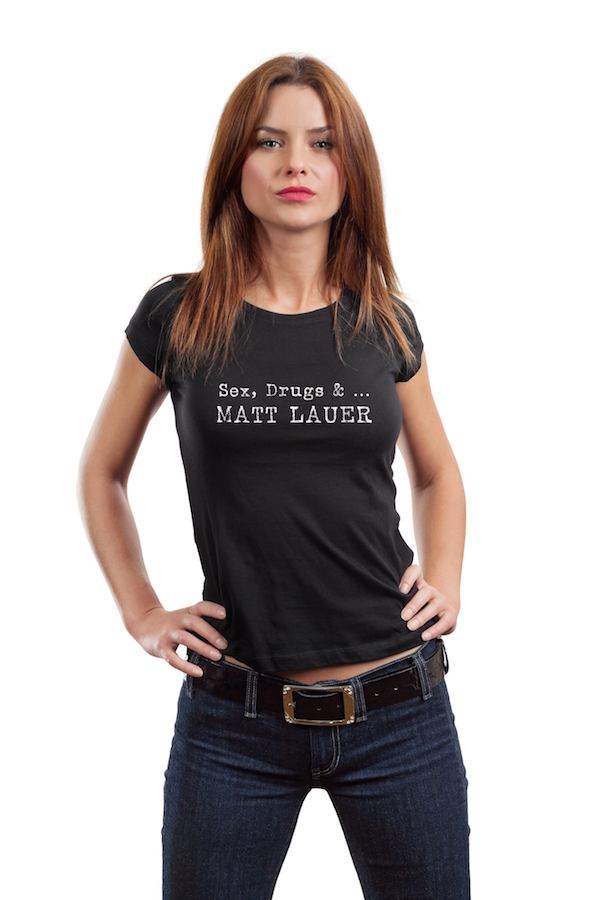 NBC Today – ‘Matt Lauer has been terminated from NBC News. On Monday night, we received a detailed complaint from a colleague about inappropriate sexual behavior in the workplace by Matt Lauer. As a result, we’ve decided to terminate his employment.’ Remember when Matt condemned Trump and O’Reilly for less? We do!

That’s why we’ve launched our SEX, DRUGS & MATT LAUER T-shirt in both men’s and Ladies’ styles.