by Doug Giles of ClashDaily.com

S.C. “Steve” Sherman is going to piss off all the right people with his latest novel, Lone Wolf Canyon. People who don’t like America or the military and its heroes are going to hate this book. The main character is a badass ex-Army Ranger just looking for a little R and R out west after wreaking havoc in the Middle East. Too bad the people who hate America won’t let that happen as things go from bad to worse out in Idaho on the River of No Return.

You’d think in Idaho of all places you’d be safe from terrorists, but not in our world where “Lone Wolf” training groups have crossed our borders and set up shop. This book may be fiction, but this is our reality. Terror cells plotting to blow things up and kill Americans have been found right here in the Home of the Brave and the Land of the Free. Sometimes the only thing standing in the way of those Jihadi freaks is one good American with some guns and bad attitude. 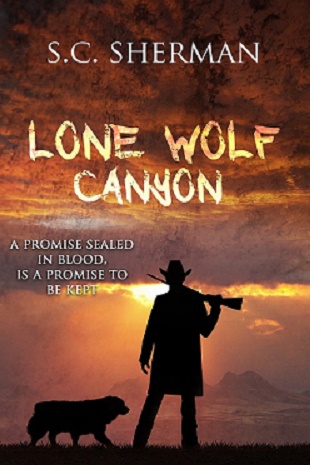 Sherman doesn’t take a knee with this piece of prose. It’s up in your face and not for snowflake wussies! If you know someone who likes a good story that feels like an old time western, but acts like a modern-day thriller, then this book is for you.

If you are a politically-correct-dandy, I would not recommend you read this book, unless you do it in your “Safe Space” cause your world is going to be rocked.

However, if you are a red-blooded American who wants to see what happens when Islamic terrorists run into your average cowboy who doesn’t take any crap or back down at the sound of Allahu Akbar…buy this book, read it, and tell your friends. It’s a good one!

Doug Giles
PS – Lone Wolf Canyon is sporting two old codgers who would fall into the category of something I know a little bit about, Patriotic American Badass Grandpa’s!