Are there whiny, entitled children or teens that you know? Maybe some leftist relatives? Then you need to show them this.

It seems that we have a coddled and wussified generation of people out there.

They get hurt by words like, ‘pro-life’, ‘tax cut’, ‘immigration law’, and — the most damaging phrase of all — ‘President Trump’.

The worst part is that with social media, the cancer is spreading.

Even those normally reasonable folks that would be happy to discuss differences in opinion and have a rigorous debate on issues are foregoing that to sit in their little ideological bubble and not interact with the ‘others’ that disagree with them. If they find someone disagreeing, they’ll block or ‘unfriend’ them on social media platforms.

Because of they don’t want their feelings hurt.

Finally, someone came up with the perfect response to those people that want to shut down debate because of their little feelings: 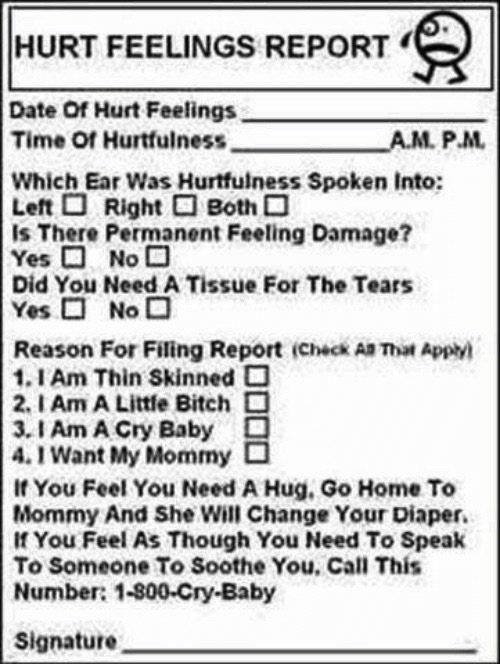 Of course, it isn’t enough to just give the report.

They need the medicine, too.

Here’s a prescription that will put an end to the sniveling and whining pronto: