If all news reports were this entertaining, the network ratings would not be in free-fall.

For a volunteer news reporter, she actually did a Helluva job.

She reported and documented the events as they unfolded, she saw to it the street was blocked off when there was an electrical hazard on the street, she even did some amateur sleuthing that, whether or not it solved the cause of the fire, it resulted in the drunken homeowner being led away in cuffs.

This is hilarious. But when you get right down to it, this really is ‘citizen journalism’.

Her phrasing was a little rough around the edges, but she did a pretty fantastic job, nevertheless.

She even asked a bystander to call the power company to shut down the downed power line.

“We have a house on fire right now, is an active duty, the house is fully engorged…”

She took a closer look at the homeowner — who was batting her away at first, but wound up high-fiving her after — and she noticed burns on his hair and pants. And earlier in the interview he said he didn’t know how it started, even though he was at home when it did.

The fact that he had been drinking didn’t help any.

She passed her observations along to authorities and by the end, Mr. PBR was led away in cuffs.

She had a cool head in an emergency, was proactive in a crisis, interacted well with bystanders…

…with a little coaching, she could make a go at this career for real.

Her name is Rhoda Young. Here’s a shot of her with her cameraman; 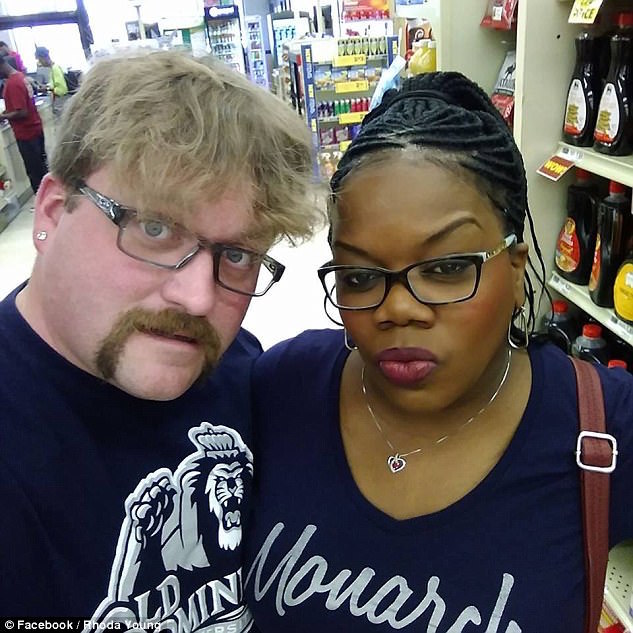 Who knows, you may be seeing her on a network someday.

Because she’s not afraid to step up and do something epic.