On Sunday night, the clouds parted, and Oprah, like a vision descended from on high, to lead the left out of the political wilderness!

NBC had to scramble to both delete and ‘walk back’ their tweet in support of ‘Next President’ Oprah. 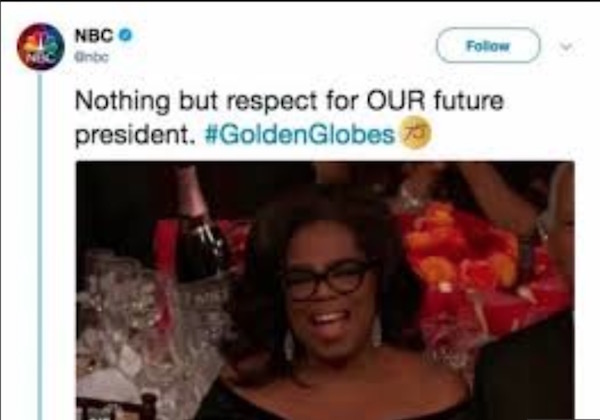 Hollywood was all a-twitter about it, in both senses of the word.

After that, Monday Was bad — and then Tuesday was worse.

On Monday, the photo of Oprah either (a) Kissing Weinstein’s cheek, or (b) inhaling his earlobe (we’ve seen a close-up which makes a convincing argument for ‘b’) was making the rounds, and we heard a story about someone who made the mistake of trusting Weinstein… and she trusted him specifically because he was a friend of Oprah’s.

An aspiring actress says Harvey Weinstein used Oprah Winfrey and Naomi Campbell to dupe her into thinking he would help her with her career — only to use her for sex.

British actress Kadian Noble said Tuesday she was head-over-heels impressed when she first met Weinstein at an event in London because he was hanging out with model Campbell and had megastar Oprah “swinging off his arm.”

“I thought, obviously, this man has something amazing in store for me,” she said
Source: Page Six

On Tuesday, the internet brought back something else from her past.

Racists have to die.

“There are generations of people who were born and bred and marinated in it, in that prejudice and racism, and they just have to die.”

Look at the look on her face when she said that. Does this look like the sorrow you might expect from contemplating the death of (in her opinion) a generation? Or does she seem … well … happy? 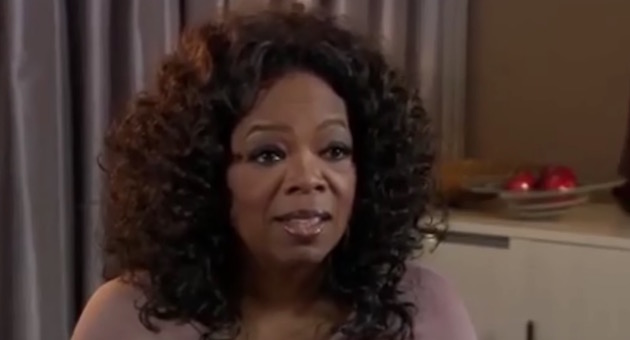 You have a smile on your face when you say that people will have to die.

And you want to be the President of ALL Americans?

We’re still cleaning up the mess from that guy she endorsed.

How will SHE intend to ‘fundamentally transform’ America?

Do we even WANT to know?