If you could only pick two words to describe this pair what would they be?

There are entire tomes that can be written about the idiocy of these two.

We’ve pointed out that Pelosi is nuttier than a squirrel turd.

We have questioned the intellectual ability of Maxine Waters.

We’ve even come up with alternate career options for her.

Really, how in the hell do these two keep getting elected?

If they ran anywhere other than California, they’d be utterly destroyed in any election and it would happen so fast that Nancy’s dentures would clatter and Maxine’s wig would fall off.

What words would you choose? 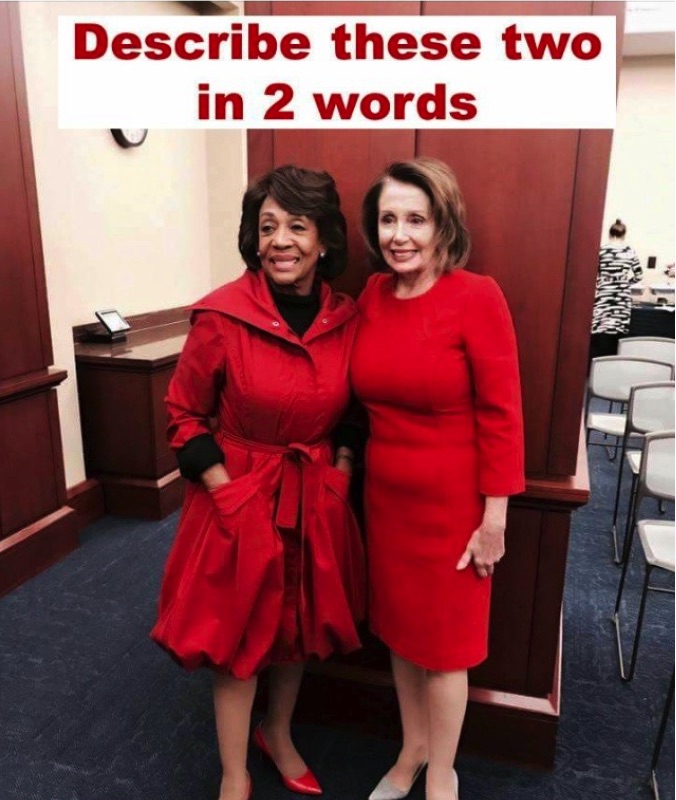 Here at Clash, we’ve got a few suggestions:

or maybe we could borrow a line from Hollywood protesters:

That has a nice ring to it.

Have a better one to add to the list? Hit us with it in the comments, we’d love to laugh along with you.